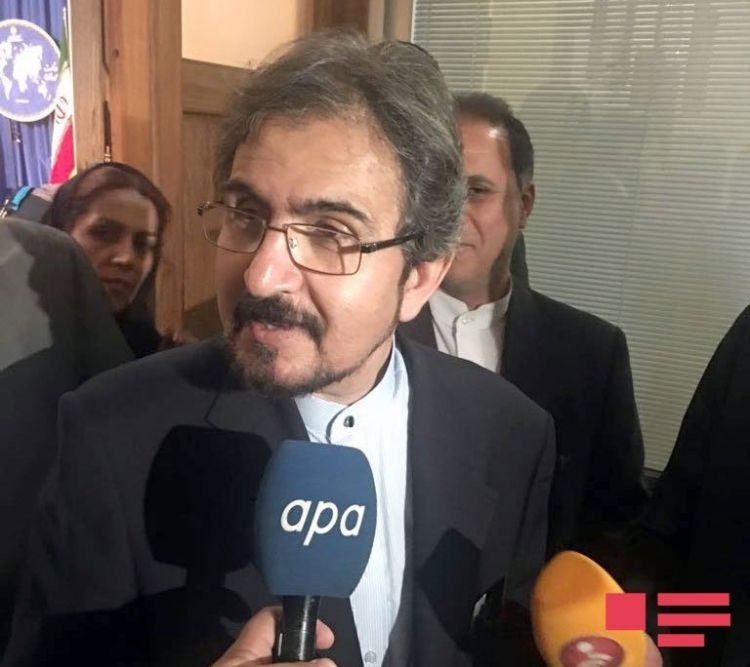 The conduct of a “referendum” in Nagorno-Karabakh is an inappropriate, wrong and unacceptable step, said Iran’s Foreign Ministry spokesman Bahram Qasemi.

He made the remarks during a press conference in Tehran on Feb. 20 when asked by an APA correspondent to comment on the “referendum” to be held Feb. 20 in Azerbaijan’s Nagorno-Karabakh region, occupied by Armenia, to amend the illegal regime’s “constitution”.

Qasemi said that the “referendum” will not help settle the conflict between Azerbaijan and Armenia, adding that only dialogue can resolve it.

The spokesman said Azerbaijani President Ilham Aliyev will pay a visit to Tehran in the coming days.

Iran’s attitude towards Azerbaijan is clear and precise, stressed Qasemi.

“We have a strong relationship and are trying to develop it further,” he said, adding. “President Ilham Aliyev’s visit to Iran will further strengthen the relations between the two countries.”

Earlier, Azerbaijan’s Foreign Ministry said the illegal “referendum” constitutes a clear violation of the Constitution of the Republic of Azerbaijan and the norms and principles of international law, and, therefore, has no legal effect whatsoever.

The ministry reiterated that the illegal regime established by Armenia in the occupied territories of Azerbaijan is ultimately nothing other than the product of aggression and occupation.