Israeli expert on Biden’s recognition of so-called “Armenian genocide”: Money solves everything in US 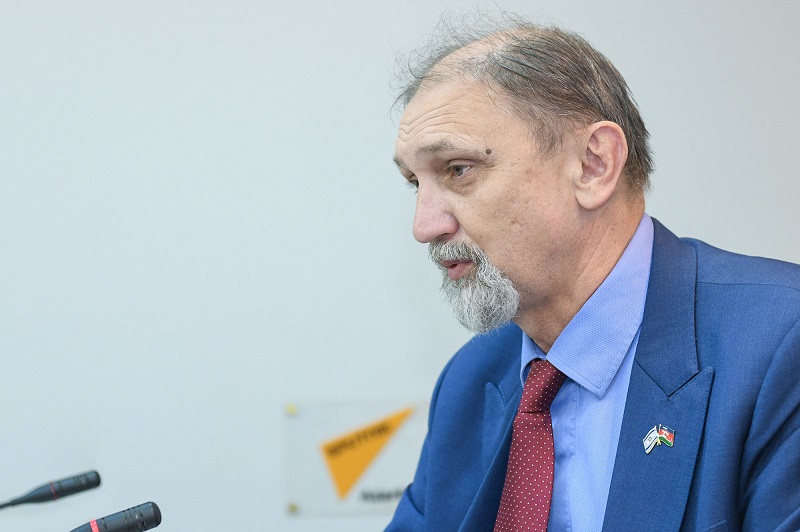 On the example of the United States, everyone sees how foreign policy can be changeable, seemingly in such a great and strong country, Yuri Bocharov, an Israeli political scientist, told News.Az.

He was commenting on US President Joe Biden’s use of the “Armenian genocide” in a statement released on Saturday.

The political scientist noted that everything on this issue depends on the personality of the president, his interpretation of current events or the pressure from his inner circle and sponsors of his election campaign.

“That is, no matter how prosaic it sounds, money solves everything in the US. Those who invested in the presidential election campaign receive their dividends. At the same time, it is unlikely that the Armenian diaspora in the US is so strong that it gave Biden a significant number of votes. Few people usually pay attention to voters, especially after the elections. Most likely, the matter is not about Armenia, but about Turkey, which, as it is believed in certain economic and military circles of the US, should be taught a little lesson for its independent position in the region,” Bocharov said.

He stressed that Turkey is a NATO member, while not admitted to the European Union, because leading EU countries such as Germany and France do not need countries that pursue an independent foreign policy.

“These countries are only interested in sales markets and the supply of cheap labor. Turkey has already proved more than once that it will not play by the EU rules and bend under them. We can only recall the last confrontation between Turkey and Greece, Cyprus and several other EU countries, as well as the problem over the exploration of oil fields in the Mediterranean Sea,” Bocharov added.

Bocharov pointed out that Turkey's independent position on the Middle East region, permanent friendship with Russia for resolving its issues in Syria and Northern Kurdistan, as well as in Iran, has led to a practical freeze of military assistance from the United States.

He recalled that two days ago the US removed Turkey from the F-35 joint strike fighter program.

“Biden's public recognition of the massacre and deportation of Armenians on the territory of the Ottoman Empire in 1915 as genocide speaks not of his concern for the Armenian people, but of his anger at his former obedient partner. At the same time, this statement does not solve anything in principle for Armenia, but is only an additional way of putting pressure on a partner. It was not for nothing that a planned meeting between Biden and Erdogan was announced a few days ago. Biden personally called Erdogan and informed him about the decision on the genocide. All this is just the usual US policy of compulsion to friendship,” the political scientist said.

Bocharov said Turkey recognizes the fact of the murder of Armenians on its territory during the First World War, but denies the allegations that these killings were systematic, carried out on orders and aimed at annihilating the Armenians as people.

“For the Turks, this is a painful interpretation of their own history. We also know that Turkey has more than once tried to fully cover these events, calling on Armenia to jointly study their archives. However, Armenia is most likely bluffing, it does not need the truth about the events of those days, because then the facts of their betrayal against its former ally Turkey will be officially revealed,” the Israeli expert added.

Armenia created the myth of genocide, said Bocharov, noting that “thanks to the volatile policies of European countries, it has taken root well in the minds of people.”

“Therefore, Armenia, especially now where there is such unrest and devastation in the country, wants to receive dividends for this and nothing more. After all, Pashinyan and others will present the fact of Biden’s recognition to the Armenian people as their personal achievement in foreign policy. In his address to Biden, Armenian PM Pashinyan even stated that the recognition of the genocide is a security issue for Armenia. All this is aimed at distracting Armenian citizens from real problems,” Bocharov said.

According to the political scientist, Biden’s statement will not bring prosperity and peace to the Armenian people.

“After all, this was done not for the sake of the people, but only for the solution of their geopolitical goals. All this is just business and nothing personal,” he concluded.