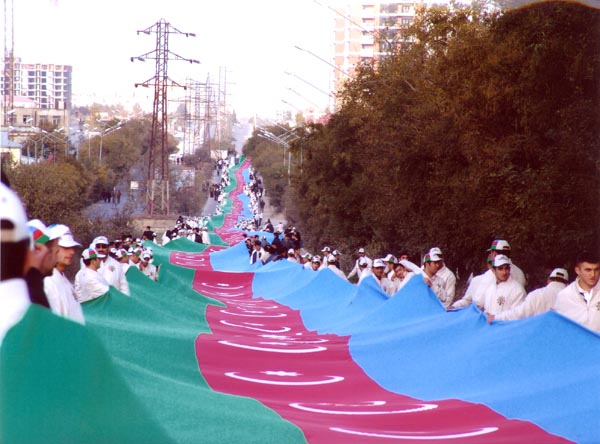 Azerbaijanis living abroad have a great role in the current development and success of Azerbaijan. Today, every Azerbaijanis, regardless of where they live, strives to properly promote and represent the country's culture and national moral values.

The basis of both lobbying and its driving force, the Diaspora, is the national unity of its members, Azerbaijanis around the world.

At present, Azerbaijanis living in different countries create organizations, establish mutual relations with governmental and non-governmental organizations of the country, and make efforts to cooperate. The Diaspora has a great role in the recognition of the country's culture, cuisine, history, and national spiritual values in the world.

Diaspora activities reflect a rather difficult and responsible mission. Bringing together people living in different countries, having different views, and even different political views, and creating coordination between them is considered a very abstract process.

On the eve of the 44-day Patriotic War which Azerbaijan waged under the leadership of Victorious Supreme Commander-in-Chief Ilham Aliyev and in the post-conflict period, the Diaspora also played a successful role in the information war facing Azerbaijan.

Even before the Great Patriotic War, the Azerbaijani Diaspora was very active in introducing bloody history, such as the Khojaly genocide, to the world, organizing campaigns such as "Justice for Khojaly" and exposing Armenian lies.

Today, we can proudly say that regardless of the country in which they live, Azerbaijanis demonstrate unity, and solidarity, protect the interests of the state and preserve the traditions of the people.

The Azerbaijani government attaches great importance to this issue. As early as December 16, 1991, national leader Heydar Aliyev, considering the importance of this issue, declared December 31 the Day of Solidarity of World Azerbaijanis, and since then, December 31 has been celebrated with great enthusiasm by Azerbaijanis all over the world.

Today, Azerbaijanis around the world are strong and connected lobbyists.

The article focuses on the lobbying and solidarity of World Azerbaijanis