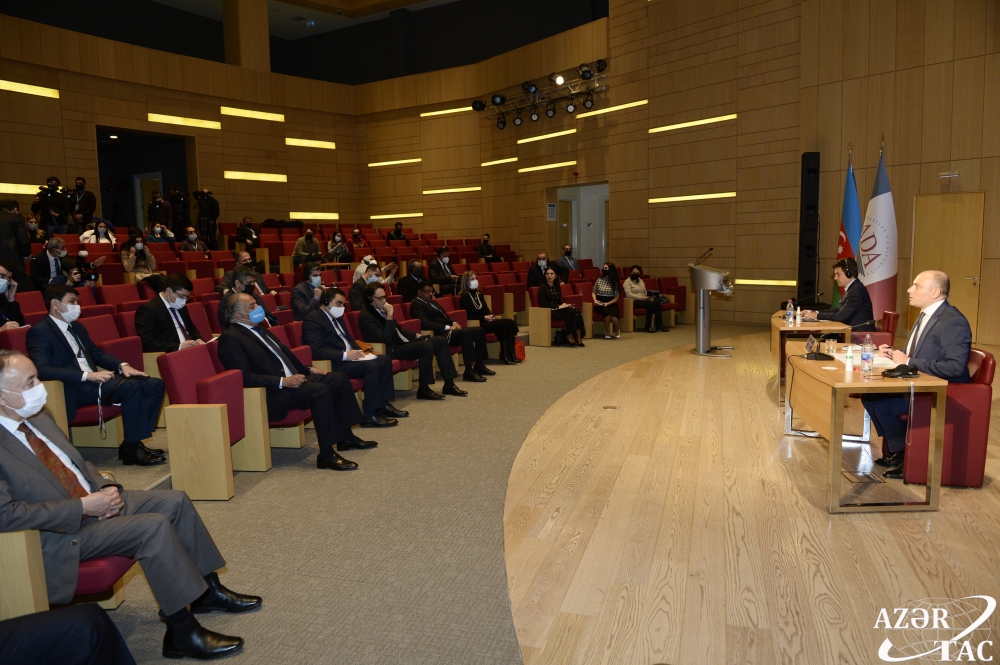 “Currently, information has been obtained over 6 districts. According to information available as of today, 399 cultural institutions have been found in those areas. At the same time, 372 historical and cultural monuments have been identified. Out of them, 195 monuments are located in Shusha," the minister said.

Anar Karimov said that the information received is being collated at present. “The Ministry of Culture is developing a roadmap and it is planned to involve both local and foreign experts in this process. With regard to the restoration of monuments, we have already completed the classification of monuments. First, of course, we need to start with the monuments of universal value. Restoration work will be launched in the city of Shusha. As you know, the territory of Shusha city has been cleared of mines and the city has been declared the cultural capital of Azerbaijan. Afterward, the restoration of monuments will begin in Aghdam, Fuzuli, and other districts. However, as I have mentioned, the first step to be taken in these districts is the complete de-mining of the territories," he added.