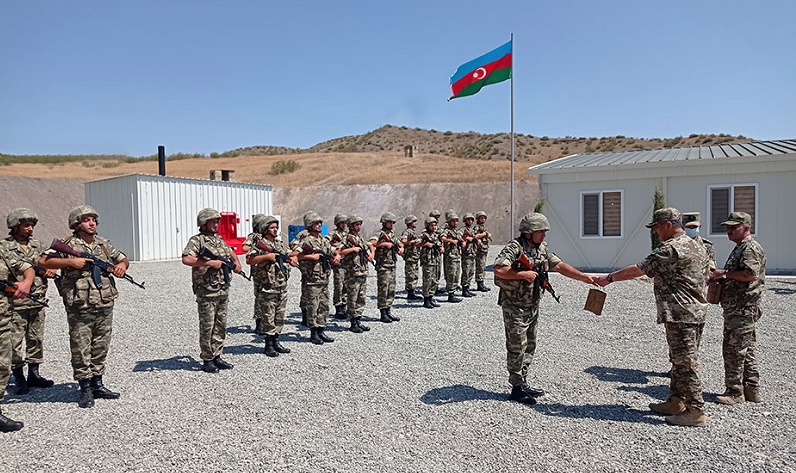 Under the instructions of the President of the Republic of Azerbaijan, Supreme Commander-in-Chief of the Armed Forces, Mr. Ilham Aliyev, construction work in the military units stationed in the liberated territories continues.

The Minister checked the level of combat training of the military personnel, as well as set the relevant tasks for the command staff in regard to increasing the combat capability.

The Minister of Defense was reported that the complexes are provided with modern equipment, furniture, and inventory to meet all the necessary needs of servicemen. There are weapon rooms, dormitories, canteens, kitchens, medical points, food and clothing warehouses, bath and laundry facilities, as well as generators to provide the area with an uninterrupted power supply in the military units.

The Minister of Defense highly appreciating the combat and moral-psychological training of the military personnel awarded a group of distinguished servicemen with valuable gifts.

The Minister gave relevant instructions in regard to the further improvement of the social and living conditions of the military units’ personnel stationed in the liberated territories.

In the end, Colonel General Z. Hasanov had dinner with the military personnel.