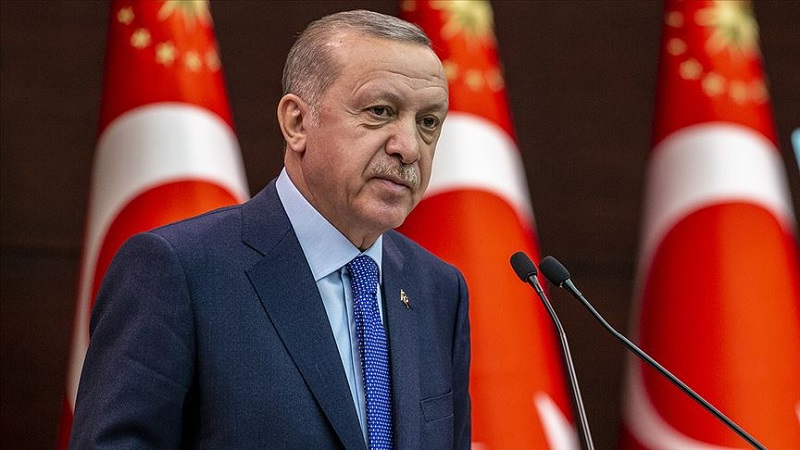 The most important support in extinguishing forest fires in Turkey was provided by Azerbaijan, Turkish President Recep Tayyib Erdogan said in an interview with Turkish TV channels.

Erdogan noted that support for fighting forest fires has been sent or offered from more than 50 countries and organizations.

"I would like to thank them all once again on my own behalf and on behalf of the people. The most important support came from Azerbaijan. To date, about 200 firefighters have been sent from Azerbaijan," he said.

In accordance with the instruction of the President of Azerbaijan, two groups of firefighting forces of the Ministry of Emergency Situations and a great amount of equipment were sent to brotherly Turkey to extinguish forest fires and prevent their spread to a wider territory.