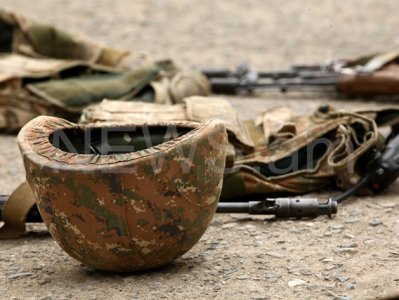 The mother of Grigor Harutyunyan, one of the 18 soldiers went missing during the April 2016 escalation of the Karabakh conflict, refuses to send her youngest son and her sole caregiver to the army, nt.am reports.

Anahit Harutyunyan has told the website’s reporter that prior to her son being called for service on July 31, she had applied to the Erebuni enlistment office in Yerevan, requesting to exempt her son from military service.

“The enlistment office invited me in and told me to bring them documents which would prove that my two sons, Grigor and Seryozha, had been my caregivers for the past 10 years. I also gave them documents stating that my children from my first marriage, Hasmik and Aram, do not live close enough to me,” the woman said, adding that she had health issues related to high blood pressure.

The documents submitted by Harutyunyan were referred to the General Staff of the Armenian Armed Forces on March 27, and four days later, on March 31, General Staff Chief Movses Hakobyan replied that the law did not allow him to exempt Seryozha Harutyunyan from service but that the young man could get a deferment on the basis of the submitted documents.

“Our enlistment office submitted all the documents to the Yerevan municipality, where they assured me that my sound would get a deferment. After some time I called the enlistment office to ask whether there were any news regarding Seryozha’s documents, and Mr. Mamikonyan told me to wait patiently until the end of the July draft, after which there would be an answer,” the mother said.

According to Harutyunyan, however, on July 31 she received an unexpected phone call from the enlistment office and was informed that the deferment request had been denied, and Seryozha would therefore be drafted to serve in an Ararat military unit.

Immediately afterwards, the woman went to the Erebuni enlistment office and submitted an appeal, refusing to send her son to the army. “The minister of defense has to do me a favor and free my son from service, given that he does not have a father and that his family lives in difficult social conditions. He is also the brother of a soldier tortured during the April war and the sole caregiver of his mother. Seryozha will be taken to the army only over my dead body,” the woman charged, reminding the minister of defense of his promise to always support the families of killed soldiers.