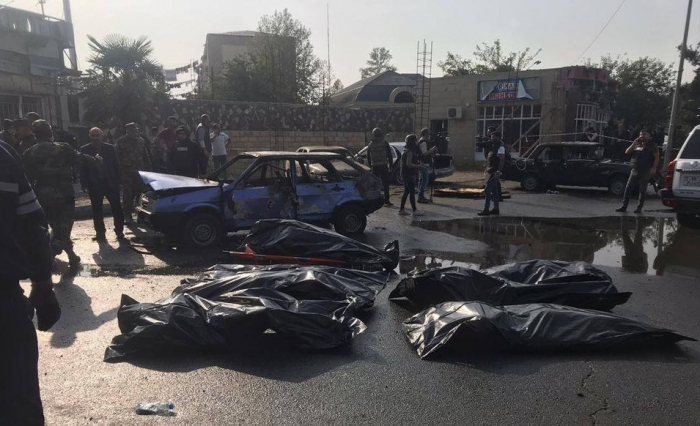 One year has passed since Armenia launched another missile attack on Azerbaijan’s Barda city during the Second Karabakh War.

As a result of Armenian strikes that used cluster bombs prohibited by international law, 20 civilians and one employee of the Ministry of Emergency Affairs died, and about 70 were injured.

During the Second Karabakh War, the Armenian armed forces fired missiles at the city of Barda three times (October 5, 27, and 28). As a result, 29 people were martyred, 112 were injured, and civilian infrastructure and vehicles in the city were severely damaged.

As a result of Armenia's military aggression, 93 civilians, including 12 children and 27 women, were killed, 454 civilians were injured, a total of 12,292 residential and non-residential areas, 288 vehicles were ruined, and 1,018 farms were damaged in the Second Karabakh War.