President Ilham Aliyev: Appeal to CSTO is another manifestation of Armenia’s cowardice 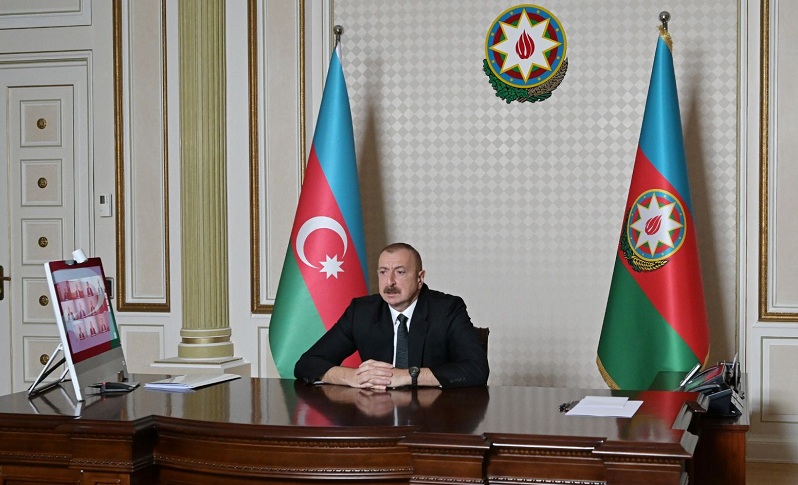 Appeal to CSTO is another manifestation of Armenia’s cowardice, said President of the Republic of Azerbaijan Ilham Aliyev during the meeting of the Cabinet of Ministers dedicated to the results of socio-economic development in the first quarter of 2020 and future objectives, Trend reports.

“I would like to draw the attention of the Azerbaijani public to one more issue. It lies in the fact that, as you know, after committing these dirty acts and receiving a worthy response from the Azerbaijani army, Armenia immediately turned to the Collective Security Treaty Organization (CSTO) and asked it for help, immediately raised a hue and cry, asking it not to let us strangle them, destroy them. What does the CSTO have to do with this? First, I want to say again that Azerbaijan did not violate the state border of Armenia, did not commit provocations and did not invade the territory of Armenia. In this case, what does the CSTO have to do with this? This is first. Secondly, this step demonstrates their helplessness and cowardice,” said President Ilham Aliyev.

The head of state said it shows that they cannot resist Azerbaijan on their own and they know that.

“We know this too. Their appeal to the CSTO is another manifestation of their cowardice. They have once again demonstrated their cowardice, the cowardice of their leadership. Okay, you have committed a provocation, a crime – then answer for it. Answer! And they did answer in full! Now they are hiding the death toll but we have operational data,” said President Ilham Aliyev.

“It was us who gave information about some of the killed Armenian servicemen, they were hiding it.”

“They recognized it only after we revealed this. Just as they did during the April battles. This once again shows their helplessness, but on the other hand demonstrates their hypocritical policy. After all, how is it possible that you recently arrested the CSTO Secretary General without asking any of the participating countries? Is that even possible? This was a step that completely violated all the rules of international conduct. A person holding the post of the head of the CSTO was arrested. After pressure was put on them, he was released, but the criminal case has not yet been closed and still continues. The highest representative of an international organization was arrested. After that, they blocked this position for one year, vetoed the candidacy of the person who was supposed to become the next head of the CSTO, as this happens in alphabetical order. After Armenia, a representative of Belarus was supposed to become chairman and his candidacy was nominated. But he was not given the opportunity to start his activities for a whole year. Is this your attitude to the CSTO? Well, you have committed a provocation and got your head caved in, but why did you run to the CSTO for help! All CSTO members except for Armenia are our friends,” said President Ilham Aliyev.