President Ilham Aliyev: Azerbaijan is playing an important part in the transport processes between China and Europe 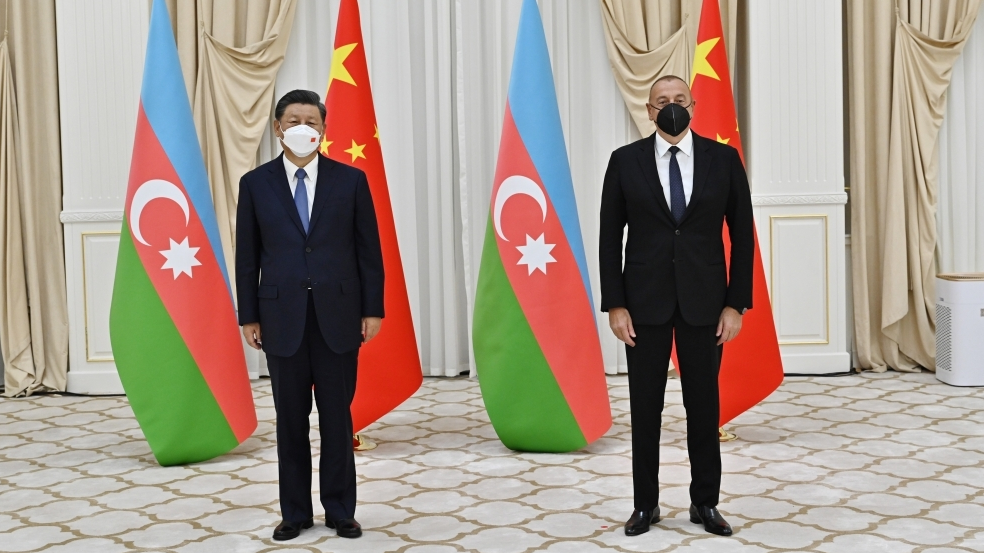 “Azerbaijan is playing an important part in the transport processes between China and Europe. The country’s transport and logistical capabilities were of great importance in international cargo transportation. Azerbaijan fully supports the increase of train and other cargo transportation from China to Europe and vice versa,” said President Ilham Aliyev as he met with President of China Xi Jinping in Samarkand, Uzbekistan, News.az reports.

The President of Azerbaijan said there were great prospects for cooperation and partnership within the Middle Corridor and One Belt, One Road projects.

President Ilham Aliyev noted that Azerbaijan was carrying out large-scale reconstruction work in the territories liberated from occupation. “Many Chinese companies had also applied for participation in these operations. Azerbaijan supports an active involvement of Chinese companies in these projects,” the President added.