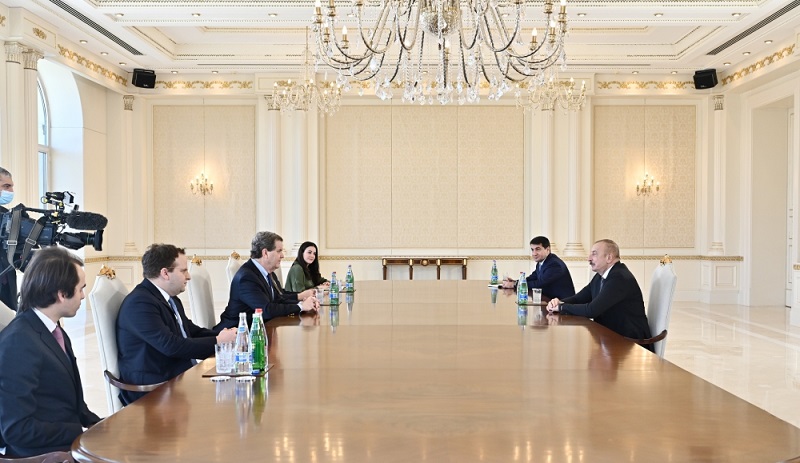 President of the Republic of Azerbaijan Ilham Aliyev has received a delegation led by Chief Executive Officer of the American Jewish Committee David Harris.

The historically tolerant environment in Azerbaijan was pointed out at the meeting. The fact that representatives of all nations and religions, including the Jewish community live in a friendly and peaceful atmosphere as a family, and are surrounded by state care in Azerbaijan, and the creation of comprehensive conditions for them at the state level was praised, describing this as a role model for the world.

David Harris’ and the American Jewish Committee’s cooperation with Azerbaijan was hailed at the meeting.

The sides exchanged views on the current geopolitical situation in the region, Azerbaijan's growing influence in the world and in the region, as well as a number of regional issues of mutual interest.

David Harris informed the head of state of the fruitful meetings he held in Baku, including the meetings with the Jewish community as part of his visit.