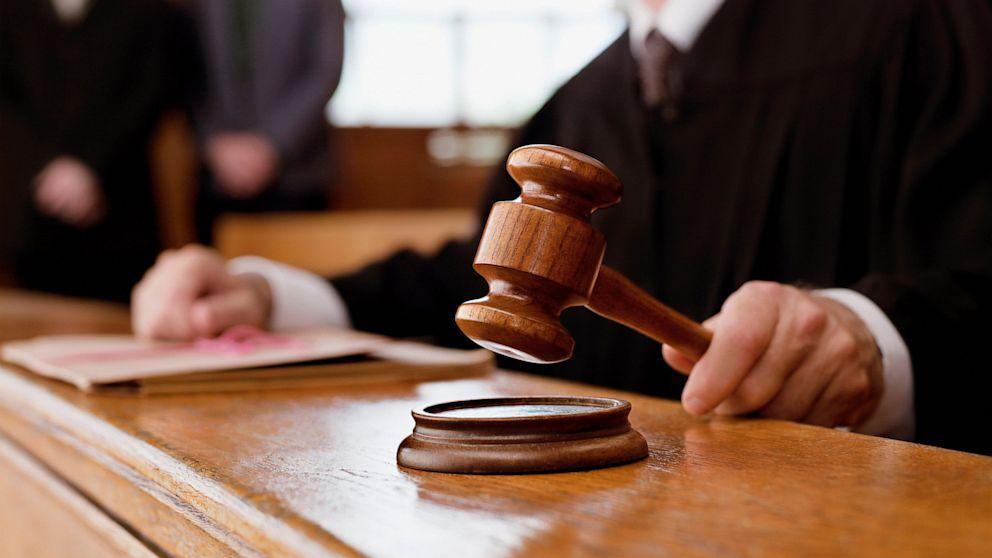 The trial was presided over by Elmin Rustamov, a judge of the Ganja Grave Crimes Court.

Speaking at the court session, a prosecutor asked to sentence the accused Ishkhan Sargsyan and Vladimir Rafaelyan to 20 years and 19 years in prison respectively.

The indictment reveals that Ishkhan Sargsyan, commander of a group of the military unit of the special forces of the intelligence agency of Armenia’s Defense Ministry, and Vladimir Rafaelyan, who served as a sapper engineer, illegally crossed the state border of Azerbaijan in the direction of Kalbajar district on May 27, 2021 at around 03:00 (GMT+4), in which the units of Azerbaijan’s Defense Ministry are deployed, and planted mines along the roads passing through Yukhari Ayrim village.

These individuals were arrested on the spot. Around 23 "TM 62-M" and "E-00-M" mines were revealed and seized.

The Armenian nationals face charges under articles 214.2.3 (terrorism committed by using firearms and items used as weapons), 228 (illegal acquisition, transfer, sale, storage, transportation or carrying of weapons, their components, ammunition, explosives and explosive devices), 318 (illegal crossing of the state border of the Republic of Azerbaijan) and 282 (sabotage) of the Criminal Code of Azerbaijan.