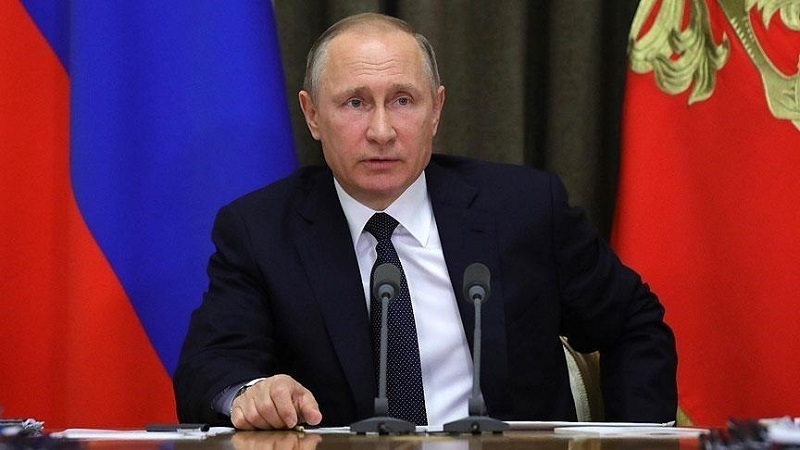 The novel coronavirus proliferation in Russia has slowed down, but many challenges remain on the agenda, Russian President Vladimir Putin believes, TASS reports.

"Although the pandemic is easing slowly but surely, challenges facing us are many and they are rather dangerous," Putin said at a meeting with participants in the national mutual assistance campaign We Are Together on Thursday.

He congratulated the participants in this campaign upon the anniversary of their involvement in this noble endeavor of providing support for the people who need it.

He stressed that the campaign of mutual support began "at one of the most dramatic moments of our time."

"What is particularly inspiring is that this unification happened at the call of the soul," Putin said. He stressed it was impossible to watch "without strong emotions" people of different professions, ages and viewpoints presenting a common front.

"It was above politics," he stressed.

Putin remarked that "the approach of representatives of business to their civil duty has changed cardinally over the past 10-15 years."

"Ten thousand companies joined you in this work and were helping you. Many of them are not very big or even medium ones but small businesses, which found themselves in a precarious position themselves. Yet they participated personally and donated money," Putin said.

He stressed that within the framework of the mutual support campaign five million people received assistance.

"This is very precious," he said, adding that the movement had united 200,000 volunteers.

"I know this from experience and my own contacts with the people who devoted themselves to this kind of activity. It enriches those who do this work. It is one of the most effective and bright ways of displaying one’s potential and of self-assertion in the best sense of the word," Putin said.