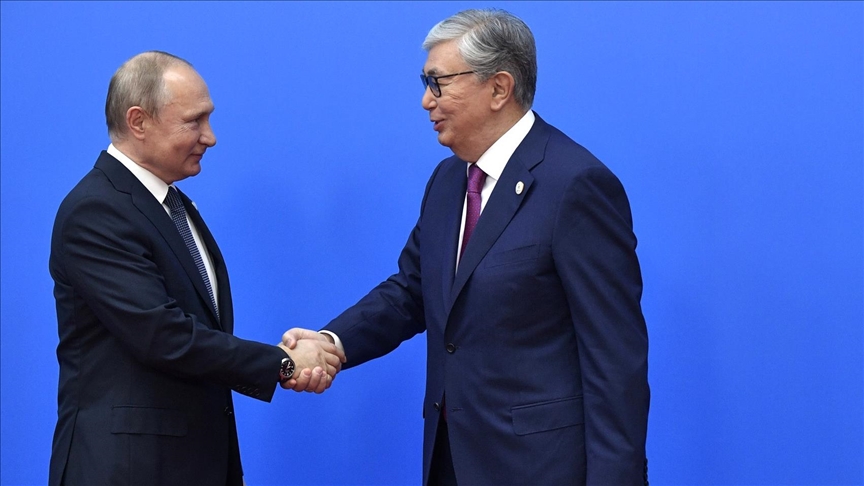 Russian President Vladimir Putin and his Kazakh counterpart Kassym-Jomart Tokayev have held a telephone conversation to discuss the beginning of the agreed pullout of the CSTO contingents from Kazakhstan, the Kremlin’s press-service said on Thursday, News.Az reports citing TASS.

"Kazakhstan’s president reviewed the measures being taken to complete the restoration of order to the country in the light of effective operations by the CSTO collective peacekeeping force," the news release reads.

"The beginning of the agreed pullout of the CSTO member-countries’ contingents from the territory of Kazakhstan was discussed," the Kremlin said.

Protests erupted in several Kazakh cities on January 2, escalating into mass riots with government buildings getting ransacked in several cities, in the first place, in Almaty, a few days later. The ensuing violence left scores of people injured, with fatalities also being reported. Subsequently, Kazakh President Kassym-Jomart Tokayev turned to the Collective Security Treaty Organization (CSTO) requesting assistance from the Russia-led bloc. As a result, peacekeepers were deployed to Kazakhstan for a limited period of time for stabilizing the situation. Law and order, Kazakh authorities affirm, have been restored to all of the country’s regions by now. The contingents delegated by Russia, Belarus, Armenia, Tajikistan, and Kyrgyzstan put under protection strategic facilities in the area of Almaty. On January 13, peacekeepers began to be withdrawn from Kazakhstan. The pullout will last several days.