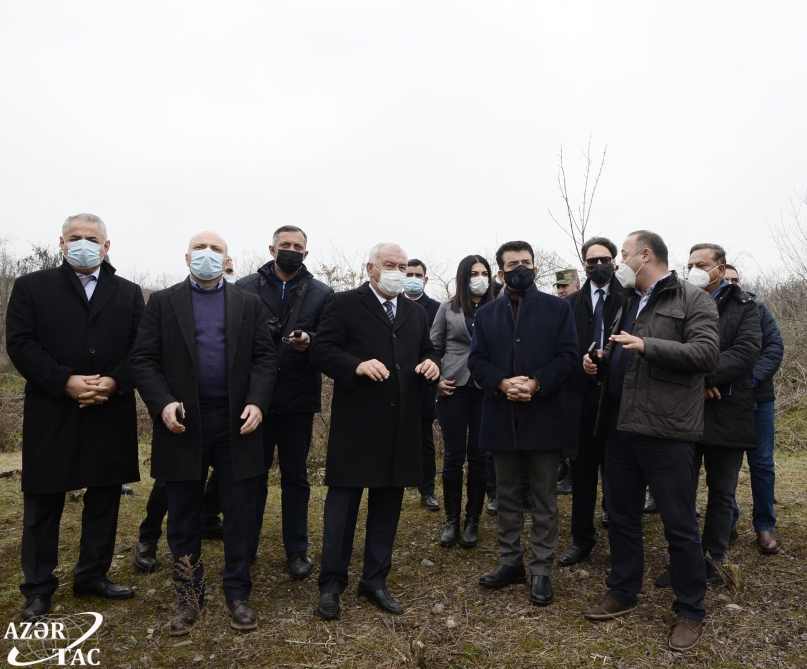 A delegation led by Director General of the Islamic World Educational, Scientific and Cultural Organization Dr. Salim bin Mohammed AlMalik has visited Fuzuli district as part of their trip to the liberated territories of Azerbaijan.

The ICESCO officials first viewed the ruins of the city of Fuzuli and saw traces of Armenian vandalism in the city cemetery.

They familiarized themselves with the remains of the destroyed Juma Mosque in the city and were informed that the Armenians kept cattle and pigs here as in other mosques.

The delegation viewed an ancient caravanserai and the remains of a 17th-century mosque in Garghabazari village, as well as the ruins of a destroyed mosque in Gochahmadli village. They witnessed the atrocities committed by Armenians.

The delegation was accompanied by Azerbaijani Minister of Culture Anar Karimov, Permanent Representative of Azerbaijan to ICESCO Ogtay Gurbanov, head of the Administration of the Ministry of Culture, Secretary General of Azerbaijan National Commission for ICESCO Vasif Eyvazzade, as well as head of the department on cooperation with foreign countries Isa Mammadov.