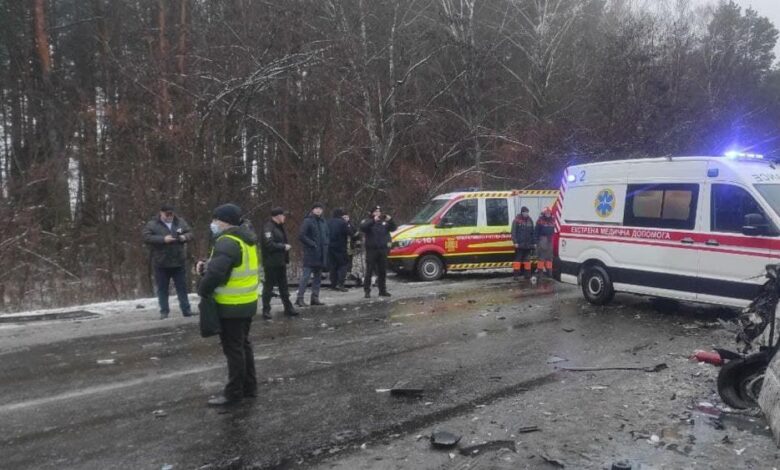 At least thirteen people were killed and six others injured in a road accident in Ukraine's northern Chernihiv Region on Tuesday, the State Service for Emergencies said in a statement.

The accident occurred at about 7:55 a.m. local time (0555 GMT) when a passenger minibus en route from Chernihiv city to Sosnytsya town collided with a heavy truck on a regional highway near the village of Brusyliv.

Eleven people were killed on the spot, while two died from their injuries in a hospital, Xinhua reports.

According to media reports, the driver of the truck lost control of his vehicle, causing the crash. An official investigation into the accident is underway.

More than 100 rescuers and investigators, as well as 45 units of equipment, are working at the crash site.

Official statistics showed that 2,592 people have lost their lives in over 150,000 traffic accidents on Ukraine's roads from January through October this year.