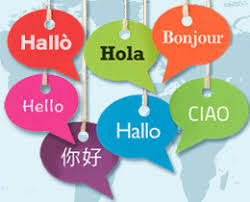 “ACT Azerbaijan” presents results of the survey it conducted on April 19 – May 1 in Baku.

Language is one of the cornerstones of one nation’s existence and national identity. Azerbaijan language has been serving as a guardian of the existence of Azerbaijani people through hundreds of years protecting its moral and national presence. The country has been celebrating the date of August 1 as Azerbaijan Alphabet and Azerbaijan Language Day since 2001.

How good do the people in Baku speak in mother tongue? According to our survey, respondents evaluated their Azerbaijan language knowledge averagely with 8 points on a 10-point scale.

Residents of the capital city know foreign languages, too, in addition to mother tongue. Our survey revealed that more than half of the people in Baku (67 %) know Russian language. English (32 %) and Turkish (15%) languages come in at number two and three respectively. Speakers of German (4%) and Persian (2%) are quite less. Only 1% of the people in the city know French, Georgian and Arabic, while 26% said they can speak only in Azerbaijani language.

The survey was conducted via phone among 400 respondents in Baku city on on April 19th – May 1st. Incorrectness rate of the survey is 4.9 % maximum.