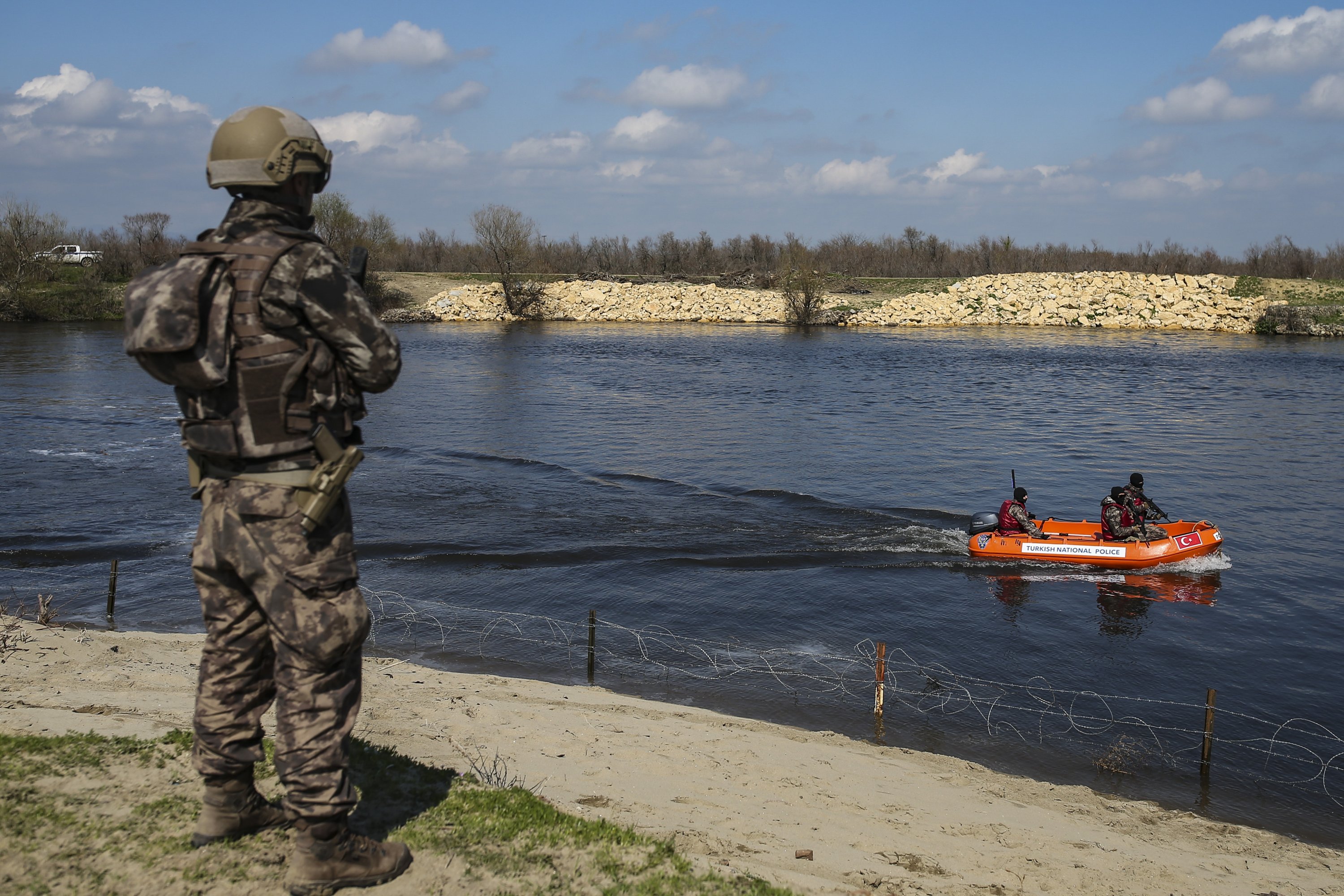 Without specifying identifies, the ministry said one of the individuals detained was a member of the Gülenist Terror Group (FETÖ) and the other one was a PKK terrorist.

Turkey has been a key transit point for irregular migrants aiming to cross to Europe to start new lives, especially those fleeing war and persecution.

Greece has been the favorite gateway for suspects linked to the group, though most prefer land routes in Turkey's northwest. The European country attracted more FETÖ fugitives after it refused to extradite soldiers involved in the 2016 coup attempt to Turkey after they hijacked a military helicopter and took shelter in Greece.

Over 8,000 FETÖ members have crossed into Greece in the past three years, according to authorities. Ankara has criticized the country for ignoring its calls for international cooperation against the terrorist group.

In its more than 40-year terror campaign against Turkey, the PKK – listed as a terrorist organization by Turkey, the United States and the European Union – has been responsible for the deaths of at least 40,000 people, including women, children, and infants.

Greece has also been accused of being a favorite hideout for terrorists from the Revolutionary People’s Liberation Party-Front (DHKP-C) and the PKK. Those fleeing Turkey have taken shelter in refugee camps in Lavrion near Athens under the guise of asylum-seekers, especially in the 1980s. Despite the closure of Lavrion in 2013 amid pressure from Turkey, Greece continues to be the primary destination for DHKP-C terrorists.

Athens has also rejected Ankara’s extradition requests for terrorists from groups advocating armed insurgency against the state and had been involved in armed attacks against Turkish security forces and political parties, in addition to other targets.