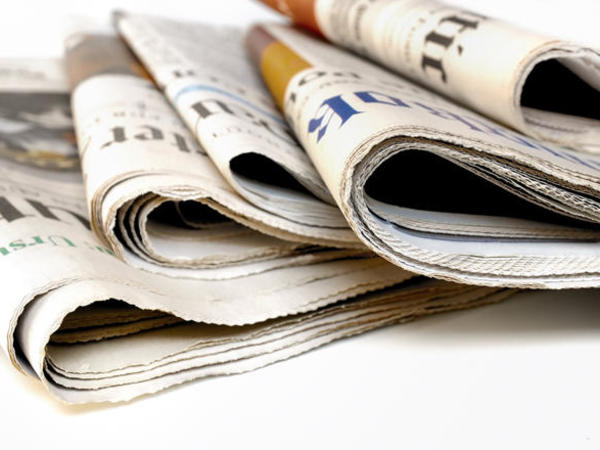 Import and sale of mass media products, books, and textbook components, as well as paper related to the production and publication of these products in Azerbaijan, are exempt from value-added tax (VAT), News.az reports.

From now on, 18 percent VAT will not be levied on the import and sale of books, newspapers, magazines, and paper products related to their production.

Prime Minister of the Republic of Azerbaijan Ali Asadov signed a relevant decision on May 13.

This decision will stimulate the development of print media products by substantially reducing the cost of production and their production costs.

Discussions with the heads of the country's print media on the issue at the Media Development Agency of the Republic of Azerbaijan and meetings with broadcasters support this approach.

Rashad Majid, a member of the Press Council, assessed the decision as a positive development: “It will affect the economic situation of the print media. This is a positive event. It was a very important and necessary step in our time. I support this decision."

Bahruz Guliyev, editor-in-chief of the “Ses” newspaper, said the decision was a very serious step. “This is a new breath to strengthen the capacity of newspapers. I appreciate that. This decision will serve to develop the material and technical base of the editorial offices."

B. Guliyev also spoke about the role of the Media Development Agency in making this decision. This decision was made at the initiative of the media development agency. Along with a number of other steps taken by the agency, this step should be highly appreciated."

Elshan Aghayev, representative of the Media Development Agency of the Republic of Azerbaijan emphasized that this decision will significantly reduce the cost of print media products and their production costs, resulting in the development of entities operating in this field: “It should be noted that strengthening the economic independence and development of media entities is of particular importance in the framework of multifaceted and comprehensive measures established by the Decree of the President of the Republic of Azerbaijan "On deepening media reforms in Azerbaijan" dated January 12, 2021. As the Media Development Agency, we continue to implement our projects aimed at improving the work of media entities and strengthening their economic independence, based on the relevant Presidential Decree and the provisions of the Law on Media.”

E.Agayev said that the Media Development Agency has always been sensitive to the proposals put forward by both the companies distributing print media products and print media entities, and responded promptly.