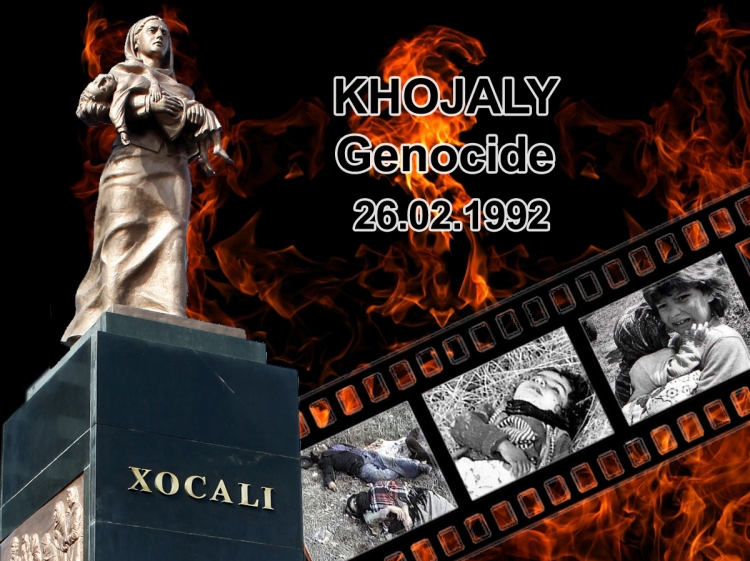 25 years have passed since Armenians committed genocide in the Azerbaijani town of Khojaly, APA reports.

On February 25-26, 1992, the Armenian armed forces, together with the 366th infantry regiment of Soviet troops, stationed in Khankendi, committed an act of genocide against the population of the Azerbaijani town of Khojaly. 2500 Khojaly residents, who remained in the encircled town, began to move towards Aghdam. But Armenians attacked on them from ambush. 613 civilians, as well as 63 children, 106 women and 70 old people were killed atrociously, 8 families were killed, 25 children lost both of their parents, 130 one of them, 487 were wounded (76 of them are children). Some 1,275 innocent residents were taken hostage, while the fate of 150 people including 68 women and 26 children still remains unknown.

It caused AZN 140 million (about $170 million) damage to the property of the state and people.

The Khojaly genocide victims are commemorated every year in Azerbaijan and other countries with deep mourning. Azerbaijani embassies and Diaspora organizations organize commemoration ceremonies demonstrating photos, documentaries which describe truth about genocide in Khojaly.

The “Justice for Khojaly” international awareness campaign was launched in May 2008 on the initiative of Leyla Aliyeva, General Coordinator for Intercultural Dialogue of the Islamic Conference Youth Forum for Dialogue. The campaign is aimed at bringing to the world community the truth about the Khojaly tragedy and achieving its recognition worldwide.