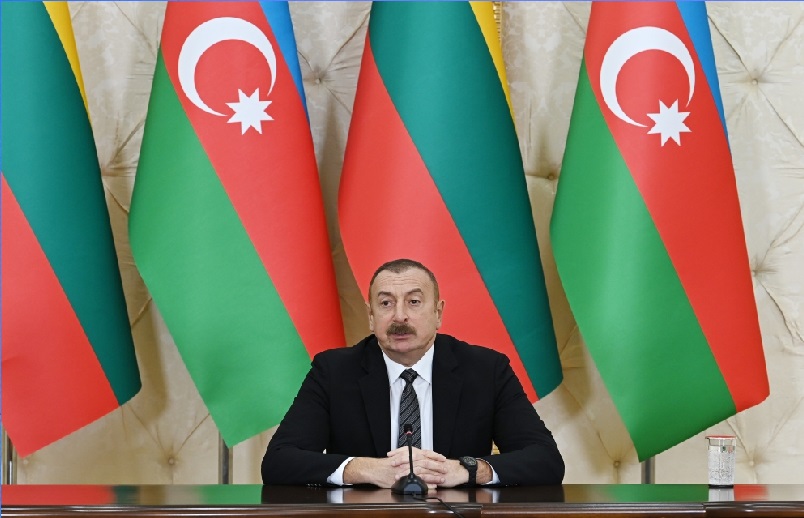 "Azerbaijan has always remained committed to its obligations. If we promised, in the presence of the President of the European Council, that we were ready to meet by the end of April, we were committed to our word. However, we must see the same level of responsibility from the side of Armenia. In other words, even though we have certain optimism, such maneuvers and fairly strange steps of the Armenian government actually undermine certain confidence," President of the Republic of Azerbaijan Ilham Aliyev said in his press statement after meetings with President of the Republic of Lithuania Gitanas Nausėda, News.az reports.

"As for the second Karabakh war, I would like to note that Azerbaijan has fully exercised the right given to us by the UN Charter, the right to self-defense. We had remained committed to negotiations for about 30 years, but they yielded zero results. For a long time, I personally always called for the international community to impose sanctions on Armenia. If sanctions, serious sanctions had been imposed, there would have probably been no war. Unfortunately, Armenia took advantage of a very special attitude towards itself, and no sanctions were imposed on it even though it had flagrantly violated international law and occupied the territory of another country," said President Ilham Aliyev