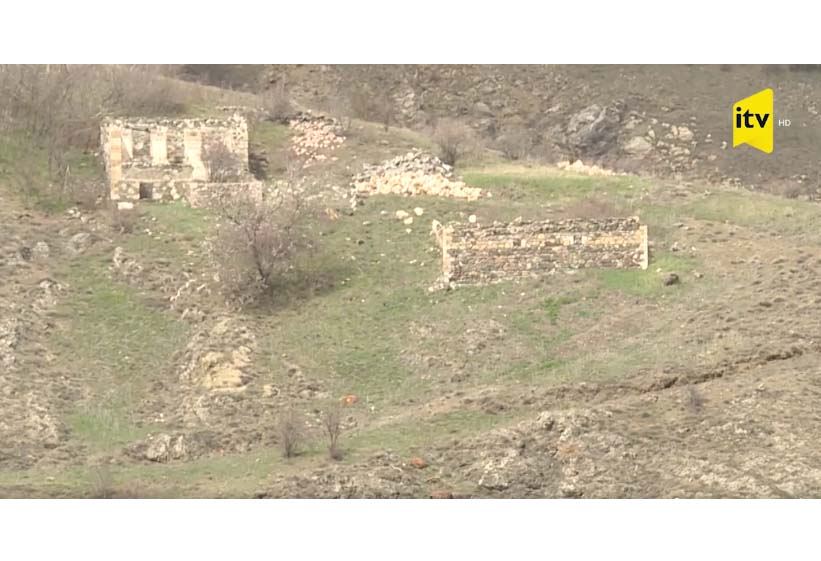 An anti-vehicle (anti-tank) mine was discovered on the road near which residential buildings are located in Kalbajar region’s Gunashli village, as a result of the professionalism and vigilance of engineer-sappers of the Azerbaijani Army, News.Az reports.

This happened on April 16 before a planned visit by a group of 20 people to the house of a Kalbajar resident destroyed by Armenians.

The group included residents of Kalbajar, representatives of government departments and agencies, and personnel of Azerbaijan’s Ictimai Television (ITV).

An anti-tank mine on the route of the bus with members of the delegation was discovered by a sapper soldier Mardali Ashurov.

According to preliminary data, the anti-tank mine was planted between November 10 and 25, 2020, when the Armenian side requested additional time to withdraw its troops and residents from Kalbajar.