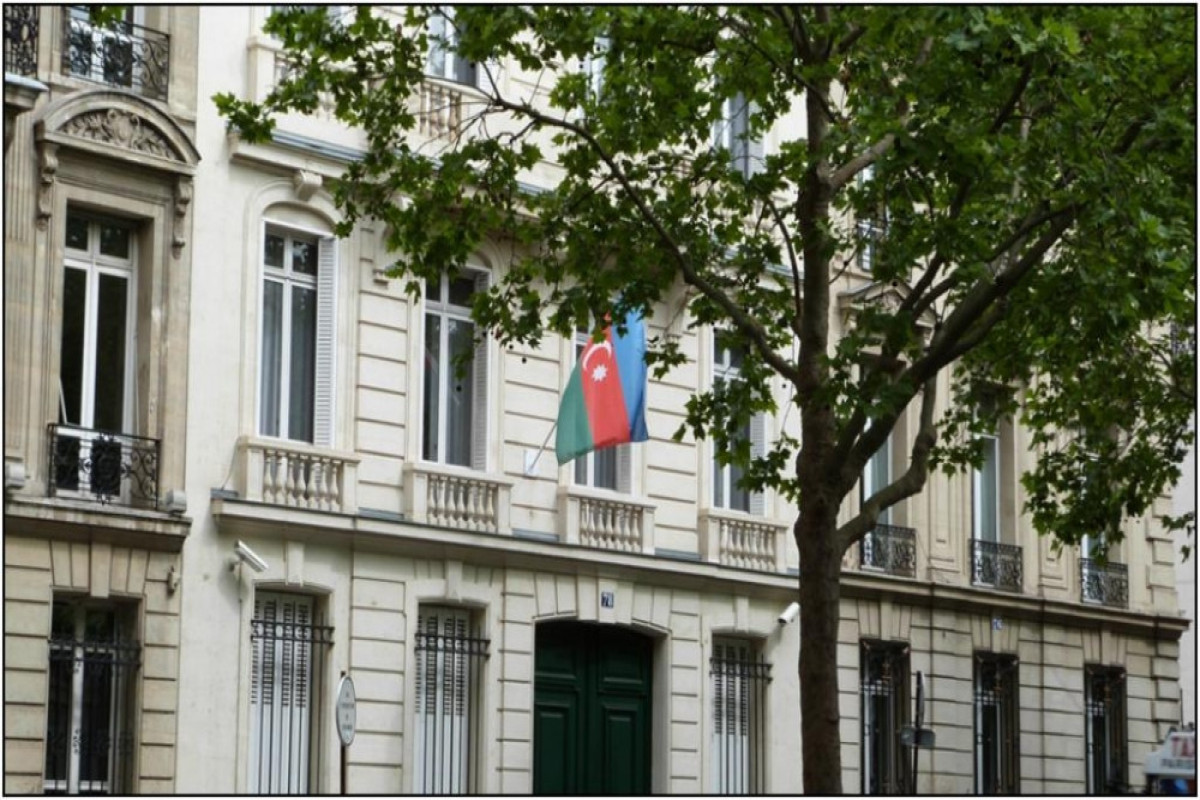 The Statement reads that the Embassy demands that French authorities take appropriate measures after the assault on the Azerbaijani embassy building in Paris by Armenian extremists living in this country: "We demand from the French authorities:

1. A comprehensive investigation should be conducted on the attack of Armenian radical groups on September 18, 2022;

2. Giving it a legal assessment;

3. Eliminate the damage caused by this attack;

4. In accordance with the reciprocity principle, it should be ensured that there is a 24/7 police presence in front of the embassy of the Republic of Azerbaijan in Paris and the cultural service building, because they are under constant threat of such acts."