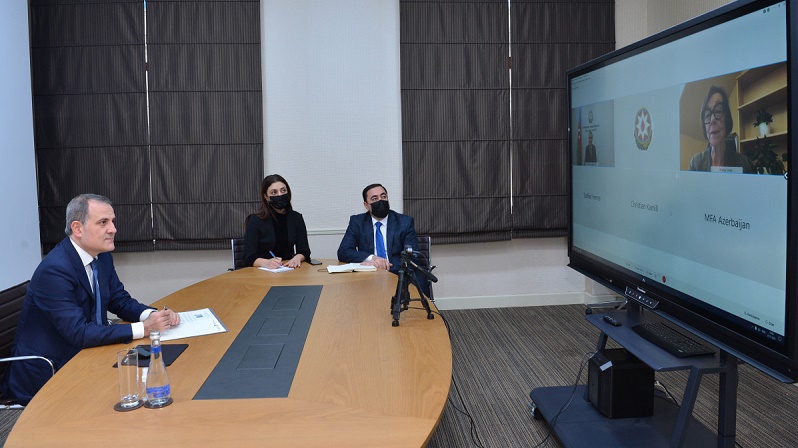 During the meeting, Minister Jeyhun Bayramov briefed the other side on the current security situation in the region, issues related to the implementation of trilateral statements, as well as measures taken by Azerbaijan to open transport communications in the region and other issues.