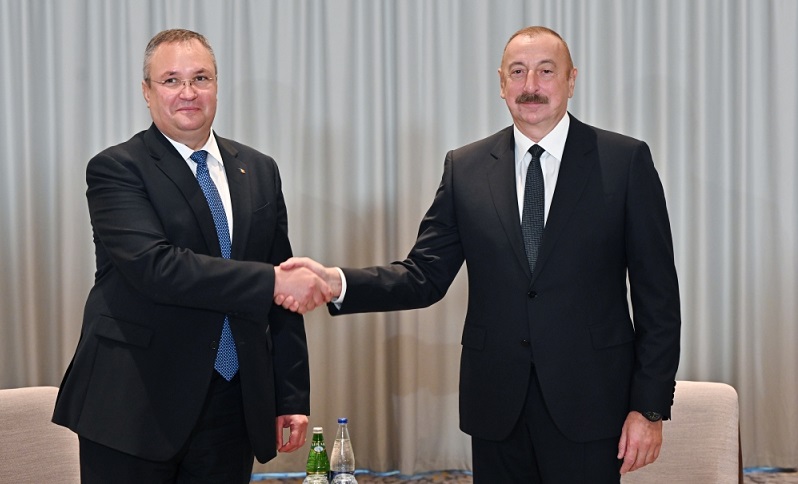 As part of the opening ceremony of the Gas Interconnector Greece-Bulgaria (IGB), President of the Republic of Azerbaijan Ilham Aliyev has met with Prime Minister of Romania Nicolae-Ionel Ciucă in Sofia, Bulgaria, News.Az reports.

The head of state emphasized the development of relations between Azerbaijan and Romania on the basis of strategic partnership. President Ilham Aliyev pointed out traditional friendly relations and extensive cooperation between the two countries.

Prime Minister Nicolae-Ionel Ciucă hailed the development of relations between Azerbaijan and Romania at the level of strategic partnership.

The Prime Minister pointed out great opportunities for further development of relations on a broad agenda in various fields, and emphasized the important role of Azerbaijan in Europe's energy security.

The signing of the Memorandum of Understanding between Azerbaijan and the European Union on Strategic Partnership in the field of energy, and a particular role of Azerbaijan in terms of implementation of the issues arising from this was pointed out during the conversation,

The sides also touched upon the issues of cooperation between Azerbaijan and Romania in agriculture, petrochemical, energy, including electricity export, transport and logistics and other fields.

They exchanged views on other issues on the bilateral agenda and of mutual interest.

Relevant tasks were given to the relevant state bodies to continue discussions on the issues raised.