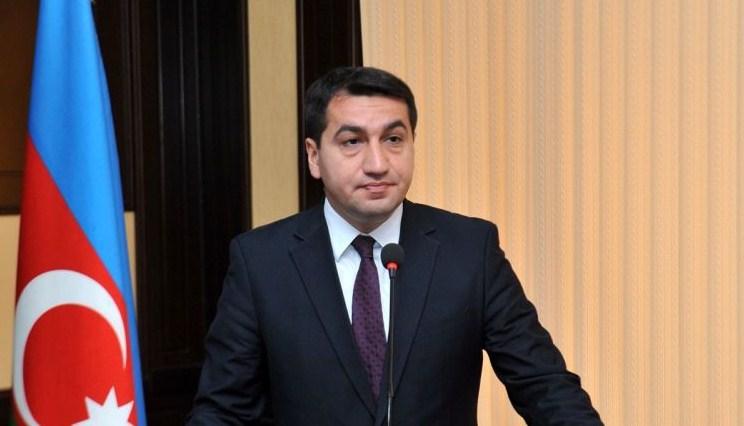 Bulgarian media have highlighted comments of Assistant to Azerbaijan's President, Head of Foreign Affairs Policy Department of the Presidential Administration Hikmat Hajiyev on the new National Security Strategy of Armenia, the Embassy of Azerbaijan in Bulgaria told News.Az

One of the leading Bulgarian media outlets, the "Cross" news agency, issued an article on August 19, 2020, which was based on the comments of Hikmat Hajiyev on the new security strategy of Armenia, said the embassy.

The article, posted on the Cross news agency’s website in Bulgarian, presents Hikmat Hajiyev's reasoning about how Armenia occupied the Nagorno-Karabakh region and the seven adjacent regions of Azerbaijan.

It also highlights Hajiyev's statements that, despite four UN Security Council resolutions, Armenia still has not withdrawn its troops from the occupied Azerbaijani territories, as well as the information he provided about Armenia's illegal activities, including illegal settlement, in these territories.

Furthermore, the article also provides Hajiyev's comments on the April 2016 battles and Armenia's intention to justify the fact of occupation by the principle of self-determination.