Chairman of the Italian Council of Ministers phones Azerbaijan's President 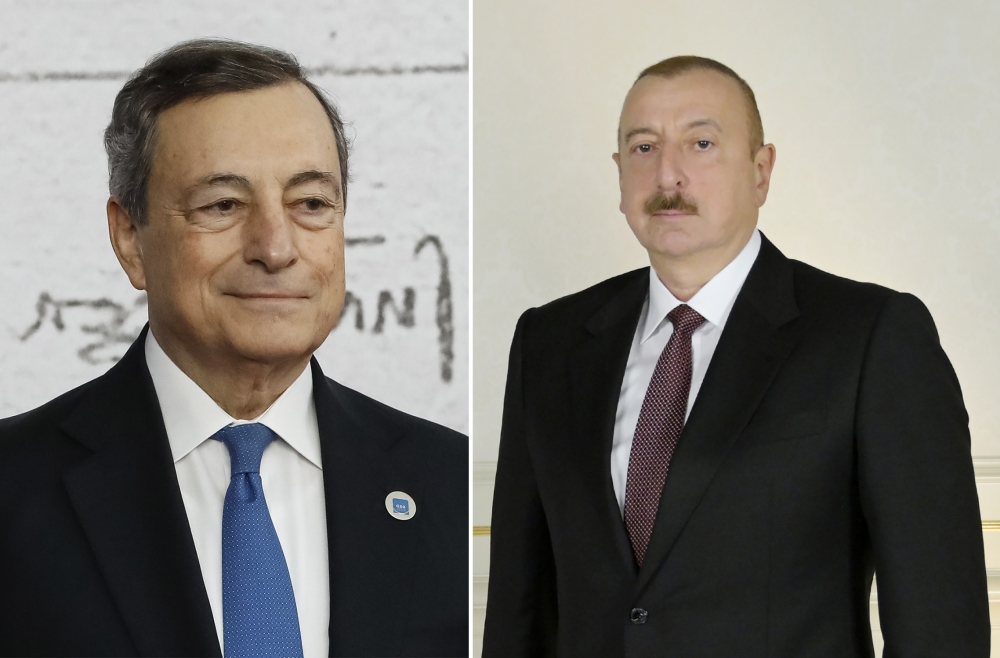 During the phone conversation, the sides noted that this year marks the 30th anniversary of the establishment of diplomatic relations between the Republic of Azerbaijan and the Italian Republic. They hailed the fact that during this period relations between the two countries have reached the level of strategic partnership.

During the phone conversation, the sides discussed successful cooperation projects implemented in the fields of culture and education, and underlined the significance of establishing an Italy-Azerbaijan University in Baku.

The sides agreed to continue high-level political dialogue and exchange of reciprocal visits in order to strengthen strategic partnership between the two countries.

During the phone conversation, the sides exchanged views on regional issues, including the ongoing developments in Ukraine.