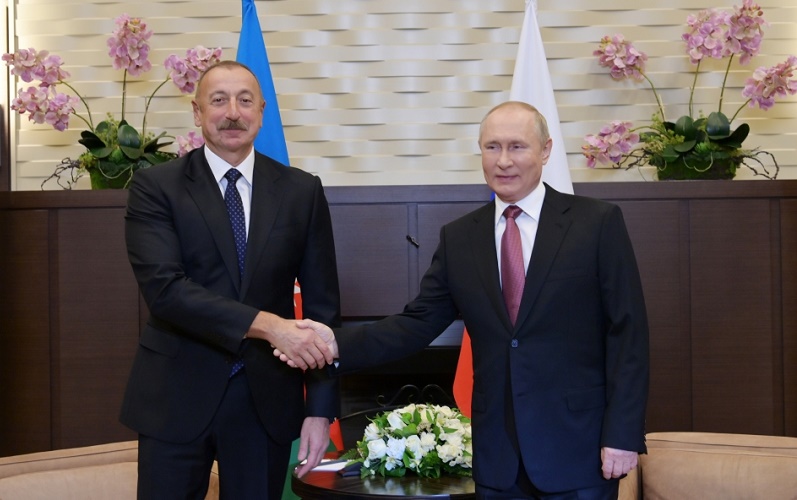 Decisions adopted at the trilateral meeting in Sochi will contribute to a safer and more predictable situation in the South Caucasus, President of Azerbaijan Ilham Aliyev said making a press statement jointly with President of Russia Vladimir Putin and Prime Minister of Armenia Nikol Pashinyan.

On November 26, a trilateral meeting of the Azerbaijani, Russian and Armenian leaders will be held in Sochi.