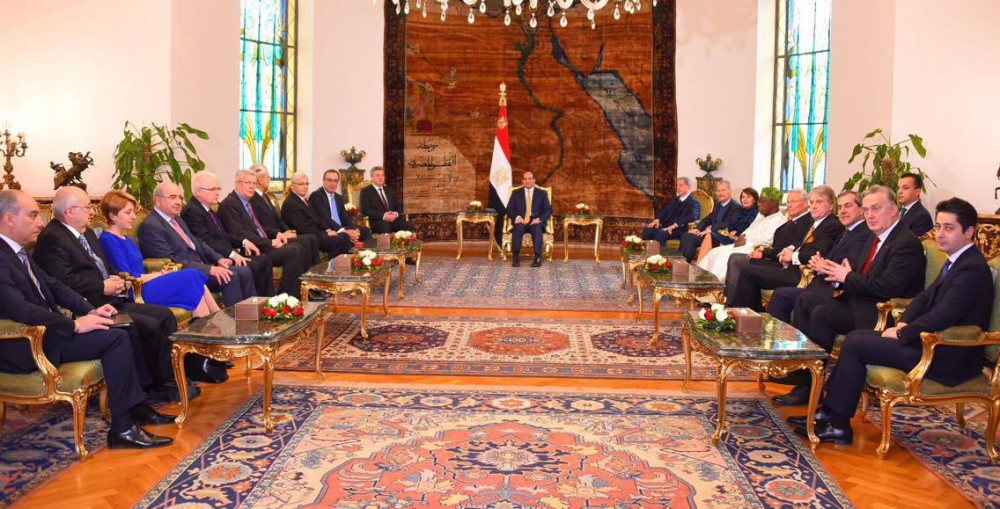 President of the Arab Republic of Egypt Abdel Fattah el-Sisi has been honored with an award of the Nizami Ganjavi International Center for his role in fighting against terrorism in the region and Arab world.

President Abdel Fattah el-Sisi praised the message of the center that calls for protection of tolerance values between civilizations and religions.

The Egyptian President also received an invitation of the Nizami Ganjavi International Center to attend the 5th Global Baku Forum.