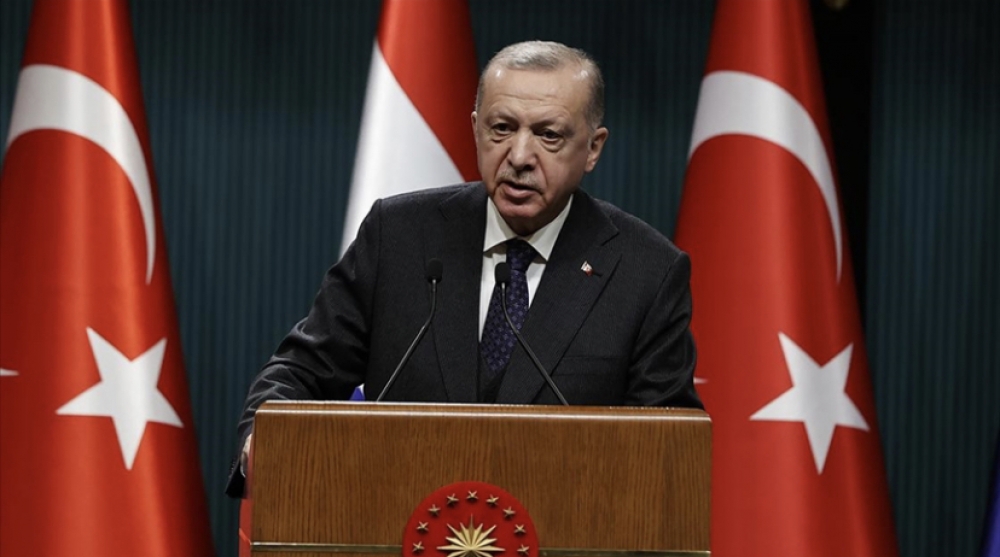 "Even the start of sending Ukrainian grain to the world through our country is a critical development for humanity," Erdogan said after the Cabinet meeting in the capital Ankara.

He said everyone can witness that Türkiye has made every effort to ensure peace between Russia and Ukraine.

“Our aim is to bring together (Russian President Vladimir) Putin and (Ukrainian President Volodymyr) Zelenskyy in our country, hopefully in the not-too-distant future, to open the way to set the seal on this crisis," he added.

Türkiye, the UN, Russia, and Ukraine signed an agreement in Istanbul on July 22 to resume grain exports from the Ukrainian Black Sea ports of Yuzhny, Chornomorsk and Odesa, which were halted due to the Russia-Ukraine war, now in its sixth month.

A Joint Coordination Center (JCC) with officials from the three countries and the UN has been set up in Istanbul to oversee the shipments.

Since the first ship left Ukraine under the deal on Aug. 1, over 721,000 tons of Ukrainian grain have been delivered to world markets, Turkish Defense Minister Hulusi Akar said on Monday.