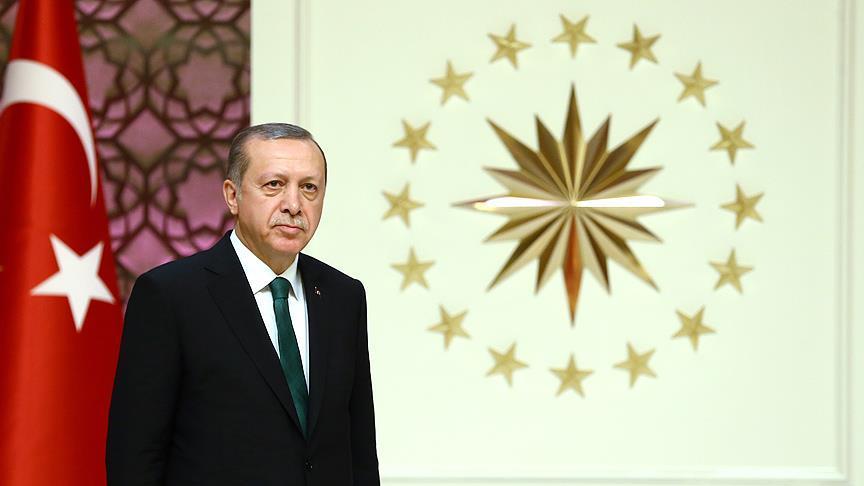 Turkish President Recep Tayyip Erdogan said Sunday that the May Day would be an occasion for talking about workers’ problems and exploring possible solutions.

In his May 1 message issued ahead of International Labor Day, Erdogan said he hoped the occasion would “strengthen work, peace and unity” while warning against what he called “provocations”, Anadolu Agency reports.

Erdogan described the day as a symbol of workers’ democratic, peaceful quest for their rights.

"I am pleased that every sector of society is expressing their views on democratic platforms," the president said, adding that talks to solve problems should be characterized by “mutual dialogue and reconciliation.”

May 1 is celebrated by many labor unions and workers worldwide. May Day is an official holiday in many countries, including Turkey.

This year, demonstrations in Istanbul have been allowed to take place in an open market area in the Bakirkoy district on the city's European side.

However, gatherings in the city's famous Taksim Square site have been banned by the authorities.

According to a statement issued by the Istanbul Governor's Office, the annual celebration of workers' rights will see tight security measures across the city.

More than 30,000 police officers will be on duty across Turkey's largest city, the statement said.

Public transport will be also affected, with several roads to Bakirkoy closed to traffic. Taksim’s metro station will be also shut down.