Football, war and peace: The rise of FK Qarabag 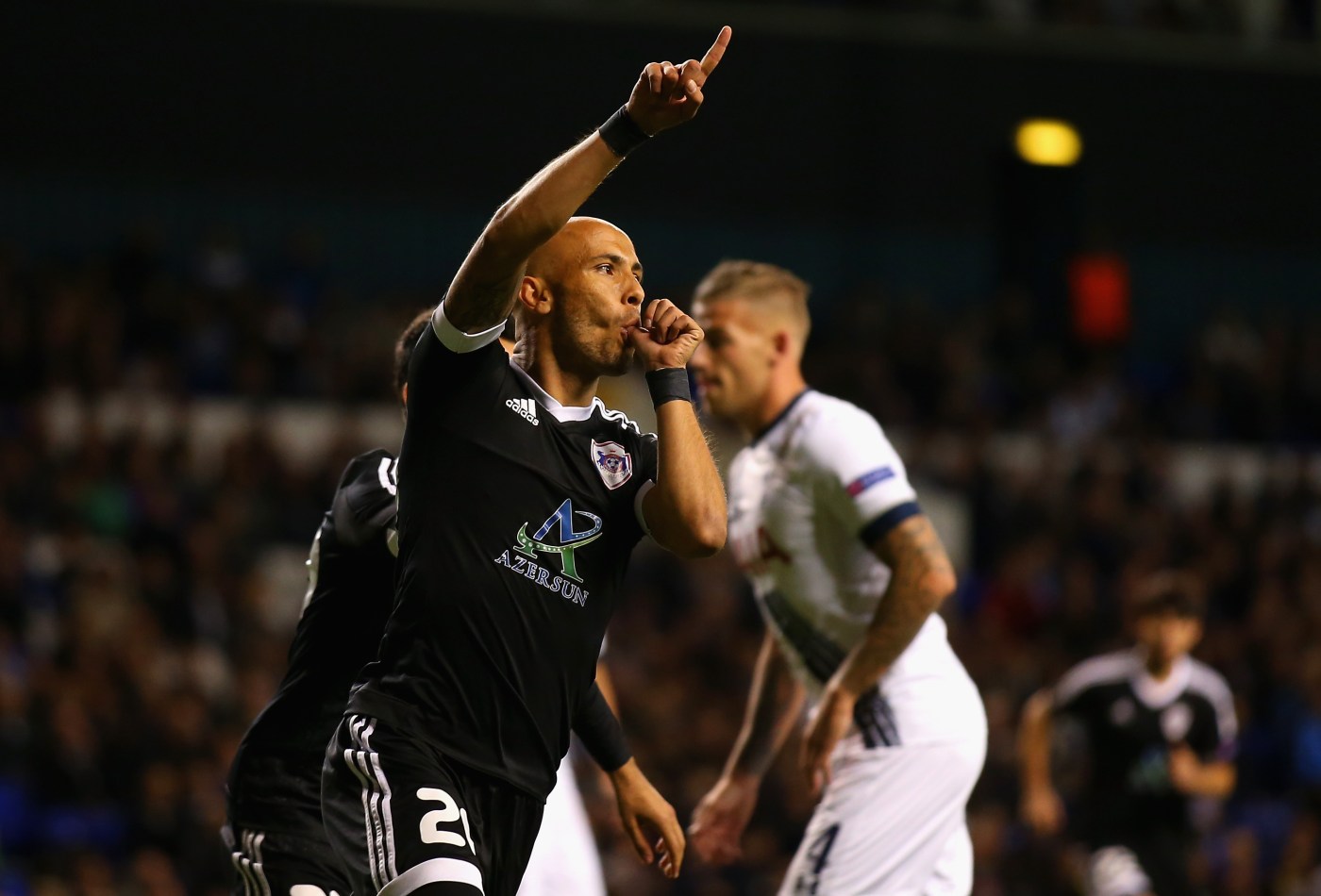 The striking stadium, built sixty six years ago and host to some of Azerbaijan’s biggest football matches, is silent. It is completely destroyed and sat in the middle of the city of Aghdam, a ghost-town in a war zone controlled by Armenian separatists battling Azerbaijani troops.

With 5,000 seats, it is the home of the talented football team FK Qarabag — but the team hasn’t played there since 3 May 1993. The fighting in western Azerbaijan has forced the team to play home games more than 255 kilometres away in Baku, the capital of Azerbaijan. The club, its players and particularly its supporters have no choice but to live through the conflict and hope for a resolution.

Qarabag supporters are out in full force in Baku and Guzanli settlement, located in Azerbaijan’s controlled section of Aghdam district. Most are refugees and IDPs from Aghdam and the surrounding areas. What the future holds for Qarabag is as unpredictable as the outcome of the conflict.

In 2017, Qarabag became the first ever club from Azerbaijan to reach the UEFA Champions League group stage. The club have been drawn in Group C in the opening round of the UEFA Champions League, alongside Premier League champions Chelsea, Italian side AS Roma and Atletico Madrid of Spain.
Nicknamed “the Horsemen” and “The Refugee Club”, the squad are coached by Gurban Gurbanov — viewed as Azerbaijan’s answer to Pep Guardiola.

He is also the most successful manager in Azerbaijan’s European history — having achieved an impressive win-rate of just over 50%. Gurbanov prefers an attacking, passing style of play from a team littered with home-grown talent and an array of foreign players.

“We respect our opponents but we are not afraid of them,” said Gurbanov.
Over his shoulder, a large billboard of Khojaly Massacre covers the empty stand behind the goal. It is a tragic reminder of the brutal war that is the backdrop to everything in Azerbaijan.

Former Qarabag coach Allahverdi Bagirov became a charismatic military commander and rescued countless lives during the massacre of hundreds of civilians in Khojaly. In 1992, he became a national hero after he was tragically killed when his car ran over an anti-tank mine.

For now, Qarabag and its supporters are concentrated on letting the beautiful game give them some respite from the violence. The club’s historic triumph brought about a lot of excitement amongst fans of the club. Cars honked all night, people celebrated in the streets and sang the chants of the team. In the morning, some passionate Qarabag fans went to the international airport of Baku in order to shape an impressive meet and greet for their heroes.

The relationship that exists between the club and its fans portrays the power of football on a personal, cultural and political level.
"Qarabag’s spirit carries a torch called hope. We hope to return to our homes and want our city to be liberated," said Yashar Osmanov, a 23-year old refugee and Qarabag supporter.

From Scotland with love

Interest in Qarabag’s incredible journey has grown, with the Horsemen gaining popularity in abroad. For instance, in Scotland, the club attracted admiration from both Old Firm supporters, as well as sympathy from areas like Aberdeen.

"It is a great story if how they have overcome their problems to now being with Europe's elite in the Champions league," said Colin Gunn, a Glasgow Rangers supporter and secretary of the Baku Bears Rangers Supporters Club.

"What is not to love about Qarabag? They are the ultimate underdog," said Paul McCormack, a 44-year old Celtic fan from Glasgow.

"I never heard of Qarabag until Celtic drew them in 2015. Fingers crossed they have a decent Champions League campaign," says Michael Crone, a 39-year old lifelong Celtic supporter.

Some, like George Craig, a 57-year-old maintenance manager and Aberdeen supporter who has lived in Baku have personal connection with the club.
"I know about Qarabag from the six years I spent working in Baku. During that time I was involved in the amateur football scene with an expat football team Bailov Rovers."

"Just before I left Baku, the team organised a testimonial and the opposition was Qarabag U-18’s who thoroughly thrashed us. I will follow their progress and hope they do well," he added.

Qarabag’s rise echoed so widely with the football-loving public in Azerbaijan because of the club's unity and spirit and the way its triumph had been achieved greatly without star names.

When Qarabag began the immense task of rebuilding the club, its hierarchy committed to recruit players with the same qualities as those it had lost.

“If you meet somebody from Aghdam, they’re almost delusional and optimistic about their ability,” says Elman Rzayev, 31-year old farmer from Shamkir. “When Qarabag up against opponent, we are always thinking we are going to upset them.”

This is of course an unfinished story and nobody doubts that these are special times. Part of the attraction here is not just the basic novelty but the sense of hope in Qarabag’s managed miracle, a tale of heroism and bravery.