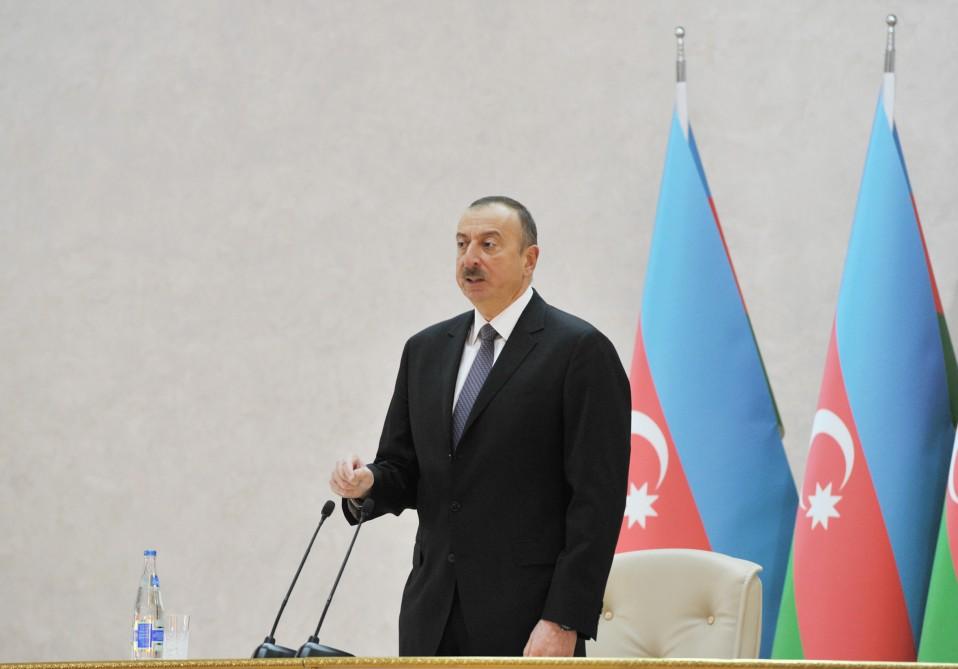 The president made the remarks in the opening of the Defense Ministry’s new military town in the Absheron District, Trend reports.

“The April battles are our big military victory,” said President Aliyev. “For many years, Armenia was creating myths about its army, disseminating fabrications that allegedly they have an invincible army. The April battles showed whose army is invincible.”

Many high-ranking military officials, including defense minister of Armenia, were dismissed right after the April battles, noted the president.

“This was a result of the April battles. Our soldiers, officers showed heroism. We had martyrs. May Allah rest the souls of all our martyrs in peace! However, we defended our lands, and we liberated a part of our lands from invaders. The April battles should be included into military books. The Azerbaijani army showed both military professionalism and heroism,” added President Aliyev.

The president said that a well thought-out policy stands at the foundations of this success.

“Azerbaijan is consistently conducting the army building process. Provision, supply and acquisition of modern technology, increasing the combat capability, as well as our military success are complemented by political success. We have proved ourselves on international arena as a very reliable partner,” added President Aliyev. “The number of our friends all over the world is increasing. The world community is getting more detailed information about our just cause.”