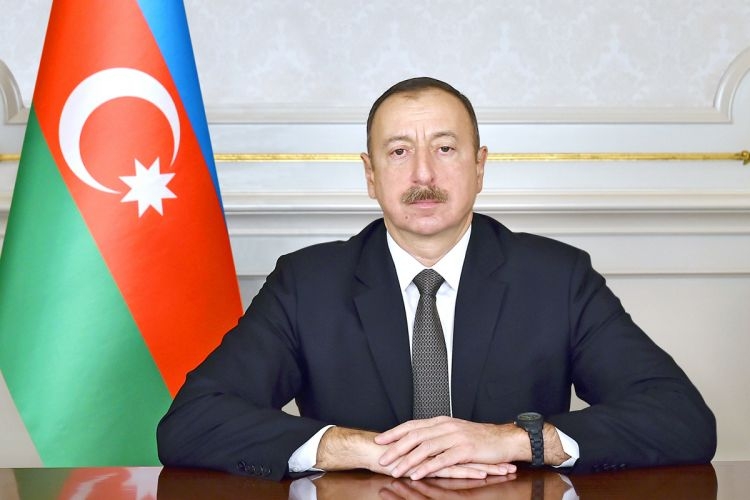 Azerbaijani President Ilham Aliyev once again expressed his gratitude to him for the invitation to the World Economic Forum, APA reported.

The head of state noted the establishment of effective cooperation between Azerbaijan and the World Economic Forum in Davos, noting that this cooperation is fully compatible with the objectives of improving the situation in world countries.

President Ilham Aliyev Azerbaijan has taken decisive measures towards security and stability in Azerbaijan and stressed the country’s favorable geographical location, which he said contributes to the successful implementation of a number of transnational projects including the North-South and East-West transport and other projects. President Ilham Aliyev also spoke about the development processes in the country in recent years, noting that the economy has entered a new development stage and effective measures have been taken to diversify the economy.

The president said that the meetings he held as part of the Davos Forum have resulted in the realization of a number of important projects, noting that the important international events have been held the country in recent years. The president said Baku successfully hosted the first European Games and recalled Pope Francis’s visit to Azerbaijan, which he said was as an example of appreciation of the tolerant environment in Azerbaijan.

Executive Chairman of the World Economic Forum, Klaus Schwab, stressed the efficiency of the cooperation between Azerbaijan and the World Economic Forum, adding that the Azerbaijani president's participation in the forum will contribute to bilateral cooperation. Schwab said that he witnessed huge development during his visit to Azerbaijan and spoke of the beauty of Baku. He also said security and stability is an important factor in the development of our country, adding that a lot has been done in the country in recent years and major international events held in Baku. He praised the tolerant environment in Azerbaijan.

The parties also exchanged views on other issues of mutual interest.