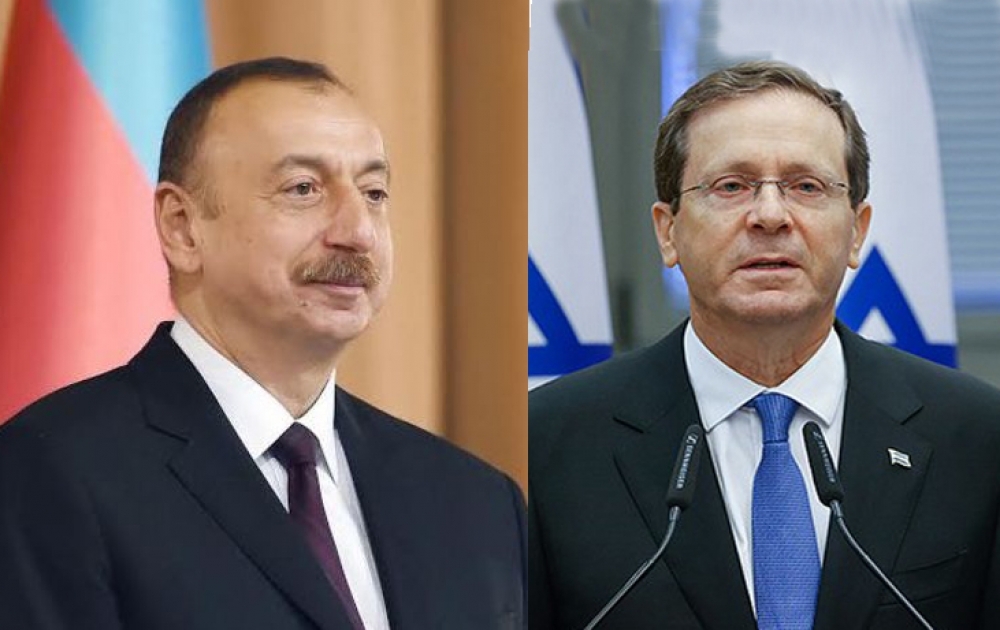 Isaac Herzog thanked President Ilham Aliyev for the decision to open an embassy of Azerbaijan in Israel, and noted that this is a great step forward for the excellent ties with Azerbaijan, an important friendly country and strategic partner for Israel.

President Ilham Aliyev thanked President of the State of Israel Isaac Herzog for the phone call.

The head of state pointed out that the decision to open the embassy of Azerbaijan in Israel strengthens the friendly relations between the two countries even further.

During the phone conversation, the sides discussed various aspects of Israel-Azerbaijan relations, and exchanged views on future contacts.