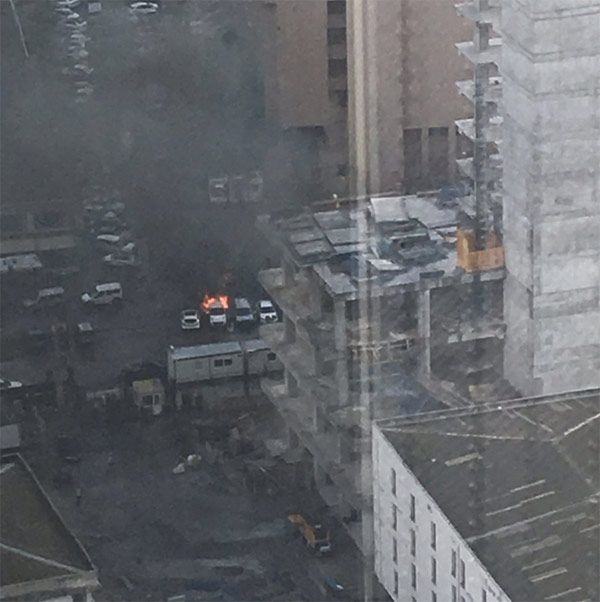 Police wanted to stop a suspicious car outside the courthouse in the Turkish city of Izmir on Thursday at 16:00 local time.

Izmir governor Erol Ayyıldız told reporters that terrorists got off the car and tried to open fire, APA reports citing NTV TV channel. Then they detonated the car. 2 terrorists, a police officer, and a court worker died in the shootout.

2 automatic rifles and 8 hand grenades used by terrorists were found. A car was also found outside courthouse. The car was blown up by the police for security purposes.

Ayyildiz said the way the terrorist act was carried out and the identities revealed of the killed terrorists suggest the attack had been masterminded by the PKK.

The governor said three of the ten injured are police officers, noting that it is not yet clear whether there is a third terrorist or not.

He added that, if not for the vigilance shown by the police, the outcome of this terrorist attack would have been more tragic. “Thanks to the police, the terrorists failed to achieve their main goal.”