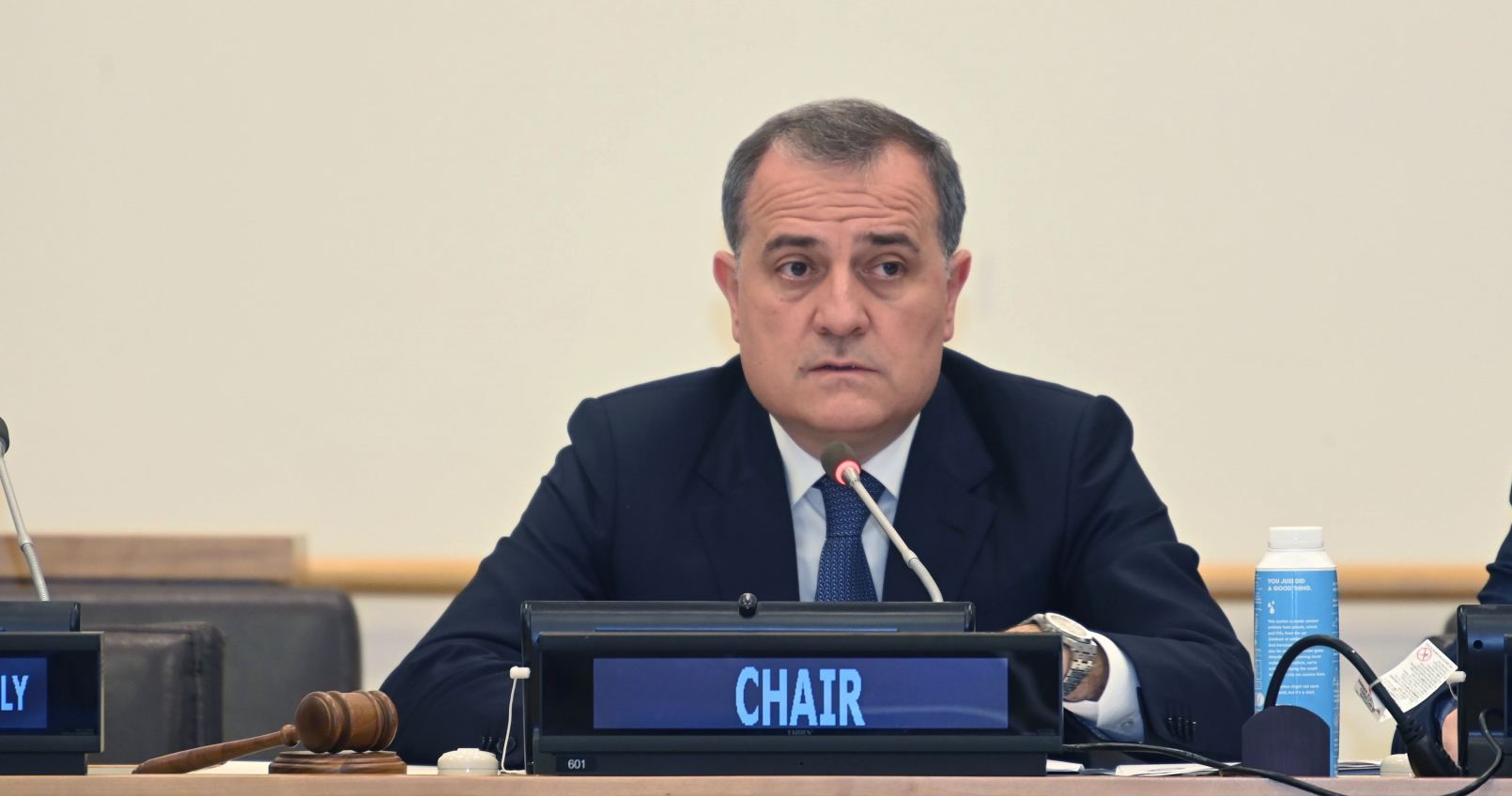 On September 21, a meeting of ministers of the Non-Aligned Movement was held in New York as part of the High-Level Week of the 77th session of the UN General Assembly, News.az reports citing the press-service of MFA.

The meeting, chaired by the Minister of Foreign Affairs of Azerbaijan Jeyhun Bayramov, was attended by up to 50 foreign ministers of the Non-Aligned Movement member states, as well as deputy ministers and permanent representatives to the UN.

It was emphasized that the world has gone through great transformational changes, experienced such unprecedented difficulties as a pandemic, armed conflicts, climate change and numerous challenges in the context of global security and development architecture.

The historical significance of the summit of the Contact Group of the Non-Aligned Movement on the Pandemic, held at the initiative of the President of Azerbaijan Ilham Aliyev, the Parliamentary Network of the Non-Aligned Movement established in Madrid, as well as the establishment of the Youth Organization was brought to attention. The logo and flag were approved in Shusha.

The Minister informed the participants about the work on reconstruction and peaceful construction in our territories liberated from occupation after the 44-day Patriotic War.

It was noted that the Azerbaijani side put forward a proposal to sign a peace agreement with Armenia based on the norms and principles of international law.

Despite this, on September 12, the Armenian armed forces carried out another military provocation that disrupted efforts for peace and construction in the region. Along with this, it was noted that the mine threat creates serious difficulties, facts were provided about the continuation of mining by Armenia in the territories. It was emphasized that Azerbaijan is not interested in violating stability and will continue efforts to ensure peace in the region.

Then, discussions of effective and joint responses to current challenges took place, the ministers brought to the attention the positions of their countries, and the Political Declaration of the meeting was adopted.