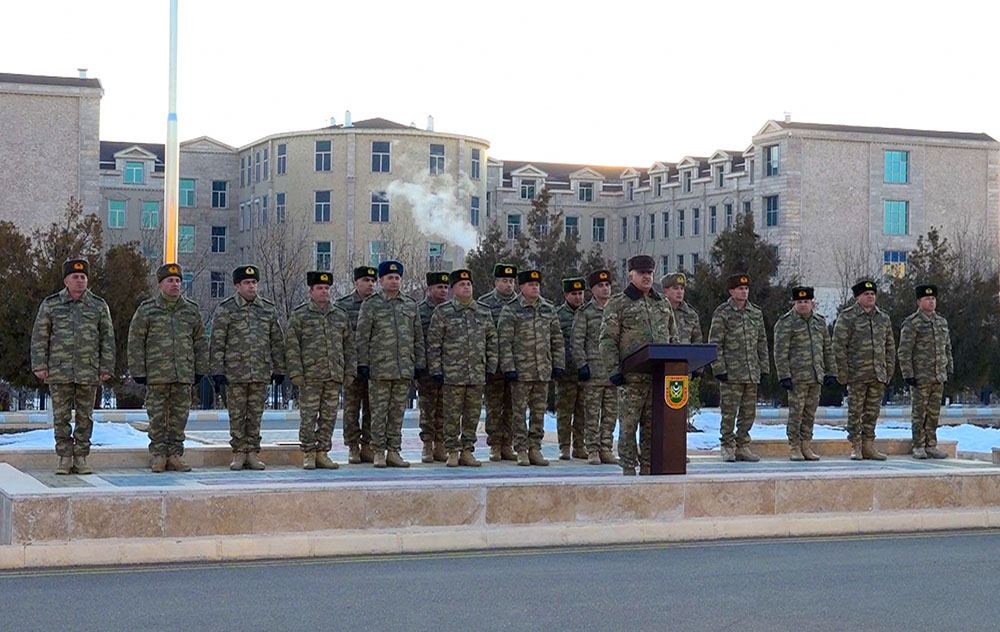 During the ceremonies held in regard to the beginning of the new training year 2022 it was noted that Improvement of the training of military-professional and physical endurance of military personnel, command and control bodies of subunits, units and formations, as well as, level of task improvement required for combat and other missions and the planned measures in general have been fully implemented last year.

The main goals and objectives for the new training year were brought to attention, and it was noted that trainings and exercises will be conducted in accordance with the " Coordination Plan of the Nakhchivan Garrison Troops for the 2022 training year," the Azerbaijani Defense Ministry told News.Az.

The unit commanders invited one another to the competitions to be the best in combat training in the new training year.

The coordination group, created to coordinate the joint activities of the troops and headquarters of the Nakhchivan garrison, visited units and formations to improve the ongoing activities. Material and training bases, training grounds, combat equipment, armament of personnel were inspected in accordance with the staff category.

In the course of preparation for different levels of combat readiness, the military personnels' studying their duties, clarifying the tasks of the units,  taking them to the assembly areas, conducting secret operations and carrying out tasks occured in emergency situations will continue at various levels over the next few days.