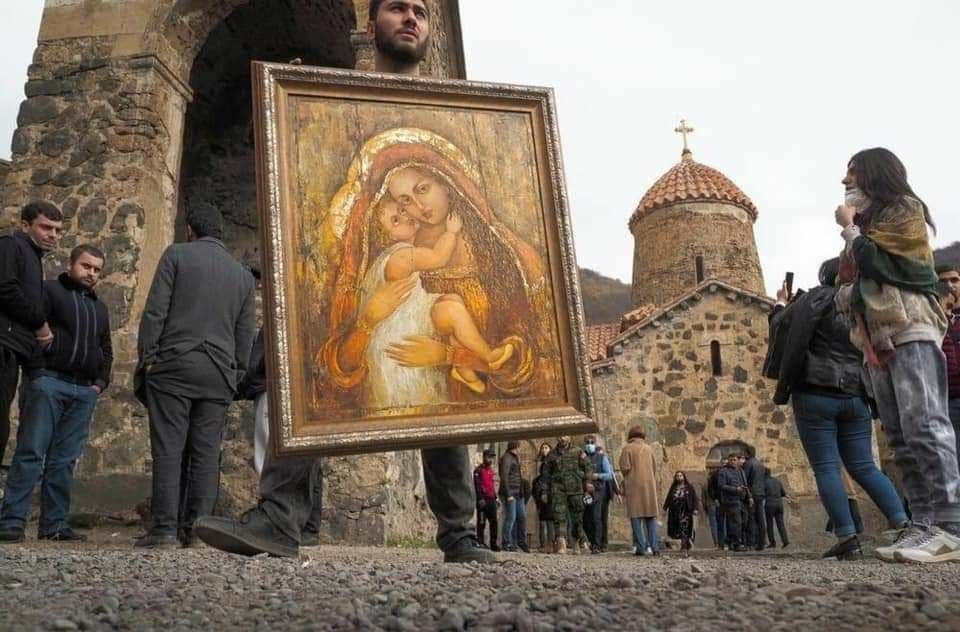 The Armenians continue committing acts of vandalism in Azerbaijan’s Kalbajar before leaving the district.

Along with the fact that leaving the district, the Armenians set fire to houses and forests on the territory of the district, they began to destroy the ancient Albanian monument located here - the Khudavan monastery complex, founded in the 6th-7th centuries. They take out ancient valuable objects and exhibits from the monastery, taking them to Armenia.

Khudavan monastery is one of the magnificent examples of Albanian architecture. This ancient Albanian temple complex is located near the village of Baglipaga along the Agdara-Kalbajar highway. In subsequent periods, the temple was restored and completed several times. Major restoration work in it was carried out by Prince Hasan Jalal (1215-1261). According to some reports, the wife of Hasan Jalal, Mina Khatun, is buried here. Arzu Khatun church, which is part of the complex, is distinguished by its monumentality. It was built in 1214 by the wife of the Albanian prince Vakhtang, Arzu Khatun, in memory of her husband and two sons.

After the occupation of Azerbaijani lands, the Khudavan monastery was repeatedly vandalized by the Armenians. The Armenians cut down the crosses and destroyed the inscriptions in the Albanian church, in an attempt to falsify history. Now the Armenians are illegally exporting bells and other valuable items from the monastery to Armenia. 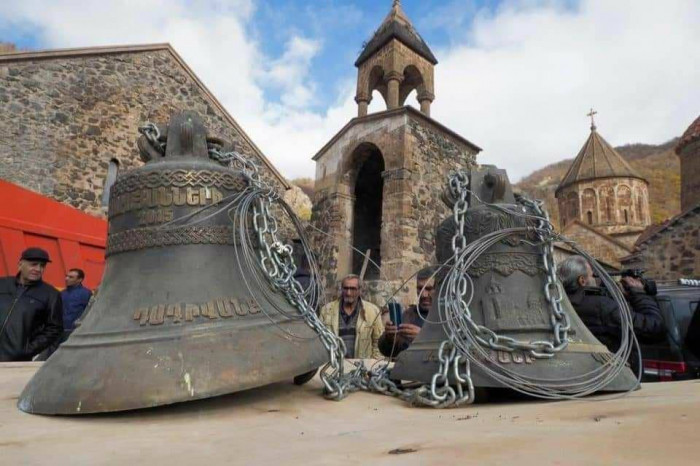