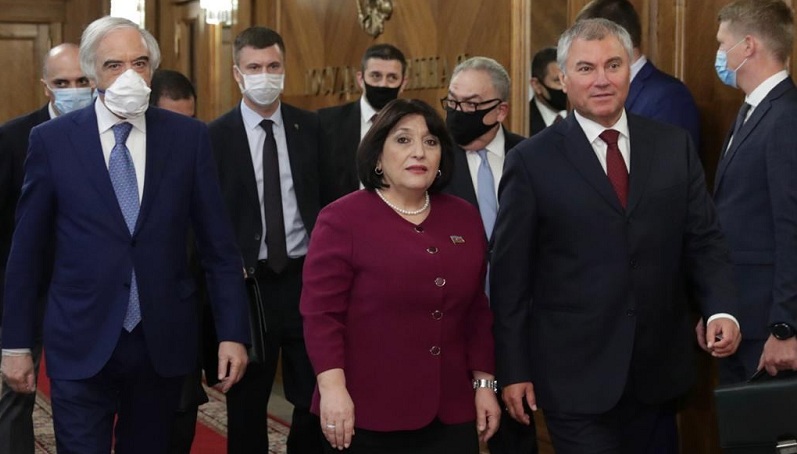 The parliamentary delegation headed by Speaker of the Azerbaijani parliament Sahiba Gafarova, during an official visit to Russia on September 23, met with Chairman of the State Duma of the Federal Assembly of Russia Vyacheslav Volodin, Trend reports on Sept. 23.

During the meeting, Volodin said that Russia supports Azerbaijan’s territorial integrity and the peaceful settlement of the Armenia-Azerbaijan Nagorno-Karabakh conflict.

Other issues of interest to the parties were discussed during the conversation.

At the end of the meeting, Gafarova invited her counterpart to pay an official visit to Azerbaijan at a convenient time.