Special Forces fighter: Armenian army will not withstand this - PHOTOS 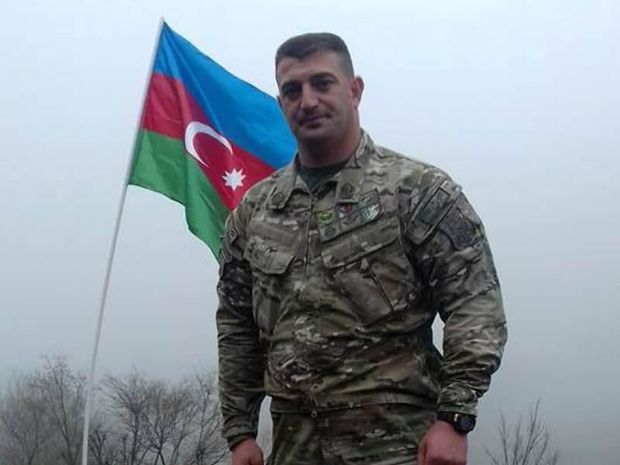 "Armenians are much weaker than us."

"They are very afraid of our army, tremble at the mention of our special forces. We actually have a strong army. We have every opportunity to completely defeat the enemy and liberate our lands. We excel them in armament, equipment, professionalism of personnel, and most importantly - in a fighting spirit. That's why we conducted such a successful operation."

According to Oxu.Az, the statement came from veteran of the Armed forces of Azerbaijan, the fighter of special forces, ensign of reserve Ulfat Hasanov.

According to Hasanov, 2 years ago he was wounded in a battle and is still being treated:

"I was wounded on March 19, 2015 in the Barambat forest in the direction of Goranboy, reflecting the attack of Armenians. Two bullets hit me, one in the arm, the other in the pelvis. After that, I lost the ability to move and could not fight. I was treated for a long time, bullets were removed from my body, but the treatment continues. Now I'm retired, but I'm ready to fight again! "

"Our servicemen conduct operations only against Armenian servicemen. Armenians are more often afraid to face our soldiers. The Armenians do not have enough strength to cope with us, that's why they disturb the civilian population, they are shelling peaceful people. "

The Special Forces soldier believes that if the Azerbaijani army launches an offensive on all fronts with the available personnel, armament and equipment, the Armenian army will not survive:

"During the last year April battles our comrades in combat witnessed that everyone, young and old, was eager to fight. On the front line they were stopped by the police, who did not let them go any further. And the Armenian police stopped the soldiers who wanted to desert  trenches and posts."