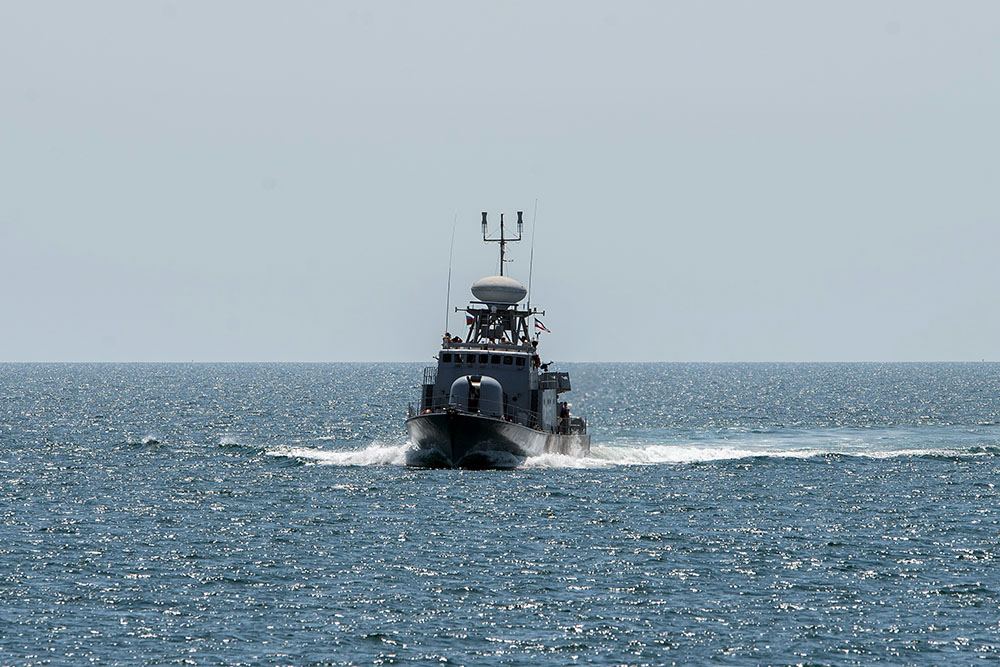 The teams of Azerbaijan, Iran, Kazakhstan, and Russia completed the task "Shooting at a floating mine" in combat training ground at the Sea Cup contest held within the framework of the "International Army Games-2022", News.az reports via the Ministry of Defense.

In accordance with the terms of the contest, the sailors destroyed floating mines located at a certain distance from the ships using 16 bullets.

According to the results of the exercise, the Azerbaijani and Russian teams with the same number of points placed first, the Kazakh team - second, and the Iranian team - third.