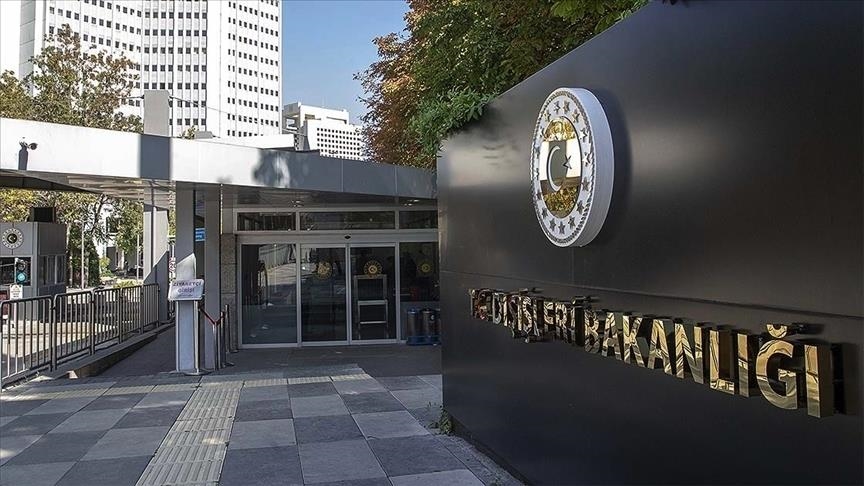 Turkey on Tuesday marked the centennial anniversary of the "Friendship and Fraternity Treaty," also known as the "Moscow Treaty", according to Anadolu Agency.

"Today, we commemorate the 100th anniversary of the 'Friendship and Fraternity Treaty' signed by the Government of the Grand National Assembly of Turkey and the Russian Soviet Federative Socialist Republic on 16 March 1921," said a Foreign Ministry statement.

Noting that the Treaty of Moscow has an important place in Turkish-Russian relations, the ministry said it "was signed one year after the establishment of diplomatic relations between the two countries."

The Treaty "not only carries political significance under the circumstances of the period but has also produced legal consequences that remain valid today."

"Being the first treaty signed between the Government of the Grand National Assembly of Turkey and the Russian Soviet Federative Socialist Republic, the Moscow Treaty', while defining the eastern borders of our Young Republic, has also served as a basis for the solidarity and cooperation with Soviet Russia in the period after the First World War," it added.

Noting that Turkey and Russia are continuing their dialogue and cooperation at the bilateral and regional levels today, the statement said: "We believe that this understanding of cooperation will continue in a way that will contribute to regional peace, stability and prosperity besides our bilateral relations."