Will violence increase between Armenia and Azerbaijan? 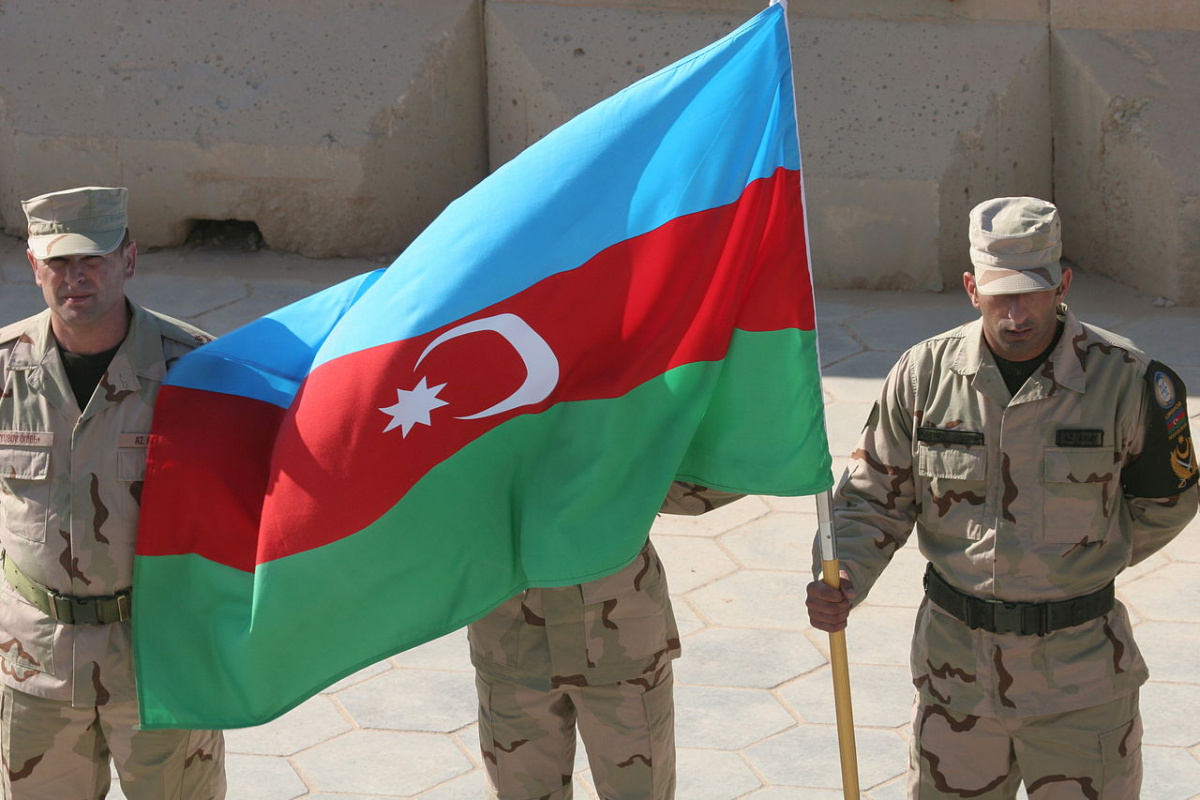 News.Az reprints from The National Interests the article titled 'Will violence increase between Armenia and Azerbaijan?' by Ilgar Gurbanov.

The International Crisis Group recently published a comprehensive report titled “Nagorno-Karabakh’s Gathering War Clouds.” One of the key messages of the report was the looming threats of large-scale war in the South Caucasus. The report also referred to the growing militarization in the  South Caucasus and the stalemate stemming from the unsuccessful negotiation process, which was indeed bogged down due to Armenia’s unconstructive position and the political procrastination of the mediator countries. The protraction of the status quo in the conflict zone emboldens the parties to the conflict to bolster their military capabilities. The period since April has marked another “lost year” for settling the conflict. Both sides have “nuclear weapons” of sorts, but it is unlikely that they would use those weapons against one another in a haphazard manner. Iskander tactical missiles (which can carry nuclear warheads too) were donated to Armenia by Russia, and are a frequently discussed topic in terms of their potential threat to regional stability. Meanwhile, the acquisition of Iskanders is usually justified by the Armenian side through misleading arguments about trying to tie it to the Nagorno-Karabakh conflict. But Armenia’s ability to wield a military arsenal does not empower official Yerevan to abscond international law in the framework of the Nagorno-Karabakh conflict.

The Nagorno-Karabakh region is internationally recognized territory of Azerbaijan occupied during the 1988–94 Karabakh War by Armenian armed forces and separatist forces, which is supposed to be part of the self-proclaimed “Nagorno-Karabakh Republic” established on the basis of the Nagorno-Karabakh Autonomous Oblast and the surrounding occupied regions of Azerbaijan. Their so-called “statehood” is not recognized by any international actors or states—not even by Armenia. The unilateral institutional secession of the oblast from the Azerbaijan Soviet Socialist Republic was conducted by both the Armenian Soviet Socialist Republic and the oblast in 1988 and 1992, first under the thesis of “reunification” with Armenia, but later under a “self-determination” clause. It was rejected by Azerbaijan, and the Supreme Soviet of the USSR did not authorize the proposed unification/secession without Azerbaijan’s consent.

After the Gulistan and Turkmenchay peace treaties between Russia and Iran, very rapid massive resettlement of Armenians in the region took place and the subsequent artificial territorial division emerged. After the Bolsheviks invaded the Democratic Republic of Azerbaijan (1918–20), the Russian Communist Party decided to grant Nagorno-Karabakh the status of an “autonomous region” within the territory of Azerbaijan. The administrative boundary line of the oblast was defined in such a way as to carve out Azerbaijani villages and artificially create a new demographic situation in the region. Armenia’s territorial claims towards Azerbaijan, besides Karabakh, extended to the Nakhchivan region and also to the Akhalkalaki and Borchali regions of Georgia. The demographic picture of the region changed between 1828 and 1973, at the expense of immigration by Armenians living in Iran and Turkey, and the forcible resettlement of the Azerbaijani population from Armenia to Azerbaijan, as well as large-scale massacres against Azerbaijanis from 1905–18. Soviet authorities remained blind to the artificial change of demographic composition of the region and the massacres, which consequently set at odds both Azerbaijan and Armenia.

Armenia complains of an “illegal blockade” of the country’s borders by Azerbaijan, though this policy is backed by the United Nations charter. Article 41 of the charter clearly points to the right of any country faced with aggression to isolate the aggressor party through “complete or partial interruption of economic relations and of rail, sea, air and other means of communication, and the severance of diplomatic relations.” If these measures have proved to be inadequate, then according to Article 42, adequate “action by air, sea, or land forces may be necessary to maintain or restore international peace and security through demonstrations, blockade, and other operations.” Article 51 describes the inherent right of individual self-defense, should an armed attack occur against a member of the United Nations. Resolutions of the UN Security Council and General Assembly—along with a commitment to the sovereignty and territorial integrity of Azerbaijan—articulate the inviolability of international borders and the inadmissibility of the use of force for the acquisition of territory. Those resolutions also condemn the occupation of Azerbaijan’s districts and demand the complete and unconditional withdrawal of occupying forces from the Azerbaijan’s occupied territories. The UNSC made clear that the unilateral declaration of independence through the occupation of sovereign territories was invalid. Armenia implemented none of the resolutions.

The judgment of the European Court of Human Rights on the case of “Chiragov and others vs. Armenia” attests to international nonrecognition of Nagorno-Karabakh; Armenia’s military presence in and support for Nagorno-Karabakh; high integration of the armed forces of Armenia and the “NKR”; and the survival of the “NKR” by virtue of military, political and financial support from Armenia—which, consequently, exercises effective control over Nagorno-Karabakh and the surrounding occupied territories. “Effective control” is the conditio sine qua non, i.e., one of the indispensable indicators of occupation of sovereign territories in one country by a hostile country (once territory comes under the effective control of foreign armed forces, laws on occupation are applicable).

The agreement and the charter of the Commonwealth of Independent States, as well as the Alma Ata Declaration, which were signed by former Soviet republics including Armenia, underline the respect for sovereignty and territorial integrity of member states, the recognition of states’ existing frontiers, and inadmissibility of illegal acquisition of territories. Article 12 of the Commonwealth of Independent States charter declares that should a threat to the sovereignty, security and territorial integrity of one member state arise, then that member state shall immediately employ mechanisms to undertake measures, including the use of armed forces, to eliminate the threat.

Armenia’s attempts to secede Nagorno-Karabakh from Azerbaijan through military methods clearly failed to meet international standards on self-determination. The principle of self-determination does not imply a right of secession in international law, but it appears in the UN Charter under the condition of development of friendly relations among nations (Article 1.2) and in the context of foreign military occupations (Article 55). The internationally recognized nature of the principle of self-determination neither authorizes secession through prejudice, nor does it entail any legal norms granting ethnic groups and minorities the right to secede with the hopes of becoming a separate international entity. This is against the primacy of the principle of territorial integrity and political unity of sovereign states. Azerbaijan repeatedly voiced that the changing the internationally recognized borders of the country could be decided through a nationwide referendum, in accordance with the requirements of the Azerbaijan’s constitution.

In accordance with the universally recognized uti possidetis juris doctrine, former Soviet republics are recognized as new independent states and accepted to the UN as a full-fledged member with borders previously existing within the USSR. The fundamental aim of the uti possidetis principle is to underpin the legitimation of statehood/independence/sovereignty of a new entity under international law with the previous international boundaries and territorial base at the moment when independence is achieved from the colonial power. Although before World War II, uti possidetis was deemed an option for peoples to split from their mother state as an independent entity even through war, since 1945 the international community has refrained from endorsing unilateral secession, due to concerns over guaranteeing the territorial integrity of states. Thus, the UN has not accepted as a member any state created by unilateral secession—such as Tibet, Kashmir, Chechnya, Abkhazia and Nagorno-Karabakh. Thus, unlawful attempts of “reunification” with Armenia or unilateral secession of the oblast without Azerbaijan’s consent were invalid in the light of applicable law. On August 30, 1991, Azerbaijan adopted a declaration to restore its state of independence (even before the oblast did the same) with the territory and borders that it had within USSR.

Over the past few decades, Armenia has continued its military buildup and illegal economic activities in Azerbaijan’s occupied territories. It has deployed hundreds of undeclared military hardware and military personnel to the area and conducted large-scale military exercises. These activities have shattered expectations for a peaceful resolution to the conflict. The international community has overwhelmingly rejected Armenia’s attempts to establish an unlawful separatist entity in the occupied territories as an “independent state.”

Nonetheless, Armenia tries to portray the April 2016 conflict as “Azerbaijan’s military aggression,” when the military response provided by Azerbaijani army was merely a counteroffensive operation in response to a large-scale military provocation of Armenian armed forces along the line of contact. This was confirmed by Azerbaijan’s President Ilham Aliyev at a meeting with a group of Azerbaijani army servicemen on the anniversary of the April fighting. This demonstrated that the territorial occupation is vulnerable, due to a changing military balance in the region that is in favor of Azerbaijan.

During the April battles, the Collective Security Treaty Organization abandoned Armenia. President Aliyev underlined that “the events that are occurring and may occur in Nagorno-Karabakh and on all our occupied lands are our internal affairs. No international organization or country can interfere in our internal affairs. Nagorno-Karabakh is recognized by the whole world and the Minsk Group co-chair countries as an integral part of Azerbaijan.” Aliyev stressed that Azerbaijan demonstrated only a small fraction of its capabilities in the April battles and noted that unlike Armenia, Azerbaijan does not demonstrate its weapons for the sake of propaganda.

The Armenian diaspora has been lobbying U.S. foreign policy in hopes that the United States might demonstrate a “pro-Armenian” stance on the Nagorno-Karabakh conflict. Due to those lobbying efforts, Congress restricted U.S. assistance to Azerbaijan through Section 907 of the Freedom Support Act. After Donald Trump came to the White House, he signed a decree banning administration officials from lobbying the United States on behalf of foreign governments. Those who would lobby for the interests of Armenia in U.S. foreign policy, as former senators Claiborne Pell, Robert Dole, John Kerry and Joseph Biden did, would simultaneously harm Washington’s interests.

Instead of increasing constructive proposals, the Armenian government is pushing a small scope of initiatives to gain time for the consolidation of its military-political position on the conflict. Armenia’s attempts to annex Nagorno-Karabakh at the expense of sovereign territories, its forcible displacement of Azerbaijanis, its altering of the demographic structure of the occupied territories (with the settlement of Syrian Armenians), and its demolition of Azerbaijan’s cultural and historical heritage will not bring prosperity, neither to Armenia nor to the Armenian community of Nagorno-Karabakh.

Self-determination implies neither an ethnic cleansing of Azerbaijanis nor a reorganization of Azerbaijan’s internationally recognized territories. Although the conflict has usually been portrayed as religiously motivated and has depicted Armenians as the victim, it should be noted that there are around one million Azerbaijanis who have had to abandon their homeland and seen their historical legacy destroyed. A peace agreement is unlikely, because it would threaten to breach the constitutional order and state sovereignty of Azerbaijan. Additionally, the continued military occupation of Armenia to counterbalance Azerbaijan’s military capacity promises a new threat of military escalation in the region.

None of these things have generated tangible results. Instead, they have merely misled negotiations and wasted time that could have been better spent on constructively engaging in a conflict settlement process capable of spawning sustainable peace.

Ilgar Gurbanov is a research fellow in the Baku-based Center for Strategic Studies.