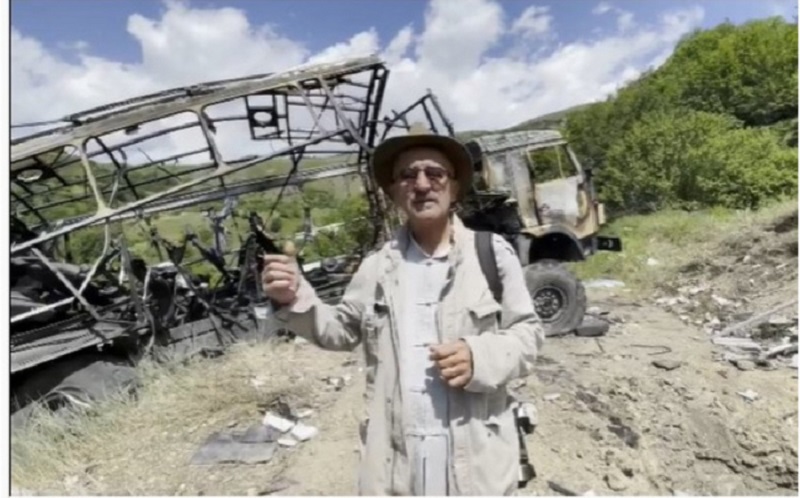 “Two Azerbaijani journalists were killed here when their car hit one out a million landmines planted by Armenian forces in Karabakh. After their military defeat, before leaving they planted thousands of more landmines and booby traps. Against all international treaties and Geneva convention the Armenian government refuses to give the landmines map, causing hundreds of new deaths and mutilations especially civilians and delaying the reconstruction and refugees' return,” Deghati said in a post on Instagram.

As earlier reported, on June 24, a vehicle carrying members of a film crew hit an anti-tank landmine on the road in Susuzlug village of Azerbaijan’s liberated Kalbajar district. As a result of the explosion, two members of the film crew, cameraman of Azerbaijan Television (AzTV) Siraj Abishov and correspondent of the Azerbaijan State News Agency (AZERTAC) Maharram Ibrahimov, as well as representative of the district executive power Arif Aliyev were killed and four people were injured.