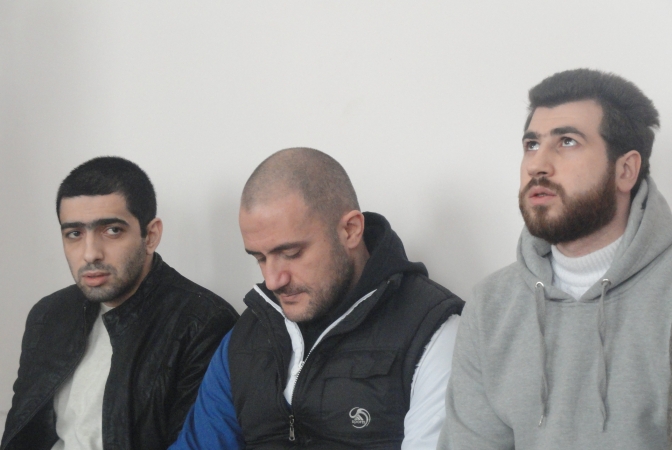 A Yerevan court today sentenced two citizens of Armenia to more than twenty years in jail after finding them guilty of murdering an Indian citizen in Dubai and stealing US$1.7 million in diamonds.

Hovhannes Melkonyan and Semyon Yedigaryan were sentenced to 23 and 21 years respectively on the two counts, hetq.am reports. The prosecutor in the case had demanded life imprisonment for the two.

Khosrov Melkonyan, Hovhannes’ cousin, was sentenced to 13 years for participating in the theft, but not the murder.

“We will be freed. We aren’t staying in jail forever,” Khosrov Melkonyan told friends and family in the courtroom before being sentenced.

The three were not found guilty of smuggling the diamonds into Armenia because that count of the law had been decriminalized during the investigation, becoming an administrative matter.

Defense lawyers for the three said they would appeal.

Karen Hakobyan, Yedigaryan’s lawyer, told the press that the UAE had violated several clauses of the handover agreement with Armenia, resulting in a flawed investigation.

“Given these conditions, I question the legality of the case. We are dealing with several violations of standards specified by the European Court of Human Rights. The court and the defense were deprived of the possibility to study some of the evidence,” Hakobyan said.