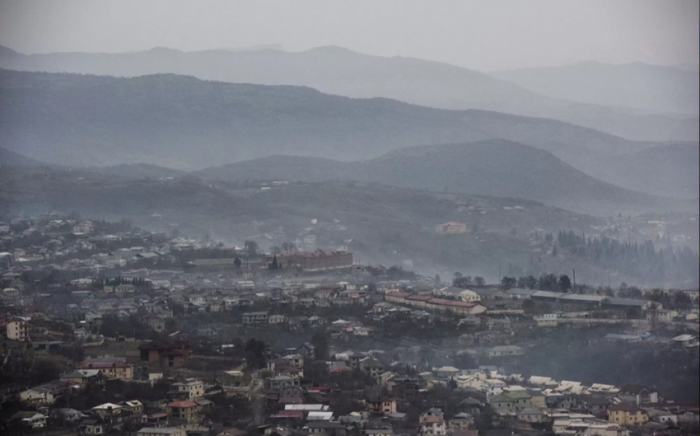 Employees of the Ministry of Ecology of Azerbaijan and AzerGold CJSC, accompanied by Russian peacekeepers, entered the city to Khankandi, News.Az reports.

The issue of environmental monitoring in the Karabakh region of Azerbaijan is being discussed at the headquarters of the Russian peacekeepers.

Azerbaijani Defense Ministry appealed to the command of the Russian peacekeeping forces [temporarily stationed in Azerbaijani territories in accordance with trilateral statement signed by Azerbaijani, Armenian and Russian leaders following the 2020 Second Karabakh War] on the issue of sending specialists from the relevant Azerbaijani structures to the territory of their temporary deployment to investigate and monitor the situation with the illicit exploitation of mineral resources in these territories of Azerbaijan, and related environmental consequences based on the request of the Ministry of Ecology and Natural Resources.

According to the source, around 11:00 (GMT+4) on December 3, 2022, employees of the ministry, the State Service on Property Issues under the Ministry of Economy of Azerbaijan and AzerGold CJSC approached the checkpoint of the peacekeeping forces between the cities of Khankandi and Shusha to enter the territory.