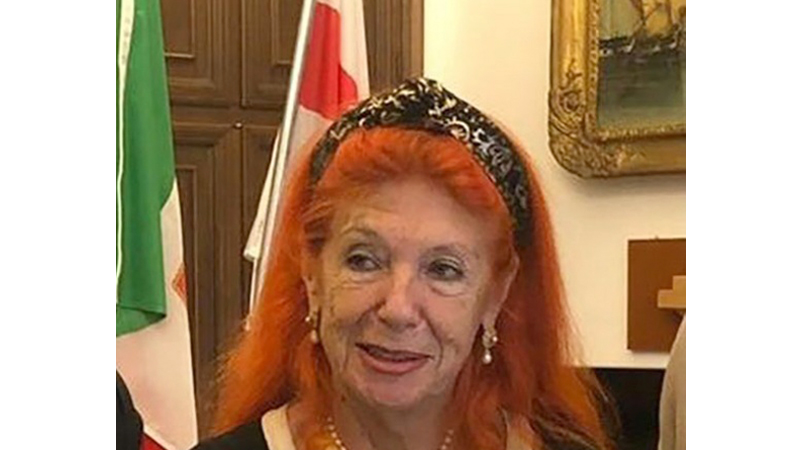 The former Italian ambassador in Azerbaijan, Azerbaijan's Honorary Consul to Genoa Margarita Costa had a heated discussion over the Armenia-Azerbaijan Nagorno Karabakh conflict in the Italian media with Bruno Scapini, former ambassador of Italy to Armenia, Honorary Chair to Armenian-Italian Association for Commerce and Industry.

AzerTag reports that Domenico Letizia, an Italian journalist, published an article titled "Elections in Nagorno Karabakh: Azerbaijan corners Armenia" in “Un Mondo d’Italiani” newspaper, which infuriated Bruno Scapini, former Italian ambassador to Armenia and honorary chairperson to the Armenian-Italian Association for Commerce and Industry. The article described the negative reaction of the international community towards the so-called elections in the occupied territories of Azerbaijan, the consequences of the Armenian military aggression towards Azerbaijan, Azerbaijan's fair position reflected justly in international documents regards to the regulation of the conflict and the comments of Elmar Mammadyarov, Minister of Foreign Affairs on the issue. Bruno Scapini addressed a letter to the newspaper criticizing the journalist for his views, supporting the claims of the Armenian side regarding the conflict and voicing biased views in regards to our country through the distortion of historic and lawful facts.

In this regard, a letter of response by Margarita Costa, former Italian ambassador to Azerbaijan and Azerbaijan’s honorary consul to Genoa, was published by the newspaper. In her letter, Costa expressed support to journalist Domenico Letizia’s views. The former ambassador said the fact that Bruno Scappini criticized a country he knows nothing about and has never visited before, and urged the journalists to read some historical books is surprising. Moreover, with historical and legal facts, Costa dismissed Scappini’s claims as unfounded.

Commenting on Bruno Scapini's opinion that the area was called "historically Artsakh", Margarita Costa said that the word had nothing to do with Armenians, and when explained in Turkish, the word had no meaning in either ancient or modern Armenian. He said that the word "Artsakh" is related to the name of the ancient Turkic tribe of Saks and means "brave sak", "husband sak", "sak man". Margarita Costa said that the territory of Nagorno-Karabakh is a mountainous part of Karabakh, the historical land of Azerbaijan. Explaining the meaning of the word Karabakh, the diplomat said that from ancient times until the occupation by the Russian Empire, this territory belonged to various Azerbaijani states, the last of which was the Karabakh Khanate.

Margarita Costa gave a legal explanation to superficial and biased voiced by Bruno Scapini on the legal status of Nagorno Karabakh during the Soviet Union and application of the self-determination right regarding the conflict.

She stressed that Nagorno Karabakh enjoyed a status of autonomy during the Soviet times as a part of the Azerbaijani SSR, that the constitutions of the USSR and the allied countries confirmed the regulations for changing the borders of the allied countries within the USSR, that it was impossible to introduce changes into the territories of an ally without its consent, that the changes to borders were possible only based on mutual agreement between corresponding republics and the corresponding confirmation of the USSR central bodies, and finally that it was not true in the instance of Nagorno Karabakh Autonomous District (NKAD).

Margarita Costa continued that the self-determination principle may not be interpreted as a law that allows leaving the borders of a country and that leaving the borders of Azerbaijan "basing on" on the self-determination principle means dismissing the principles of international law on the territorial integrity of internationally recognized countries and others.

Margarita Costa once again noted that Azerbaijani and Armenian communities cohabited Nagorno Karabakh before the conflict and that the Armenian army forced the Azerbaijanis fully out of those territories.

She also added that only after Azerbaijanis return to Nagorno Karabakh, the Azerbaijani and Armenian communities have the full right of exercising the self-determination law within the internationally recognized borders of Azerbaijan.

Margarita Costa said that Bruno Scapini had forgotten the Khojaly massacre and the expulsion of all Azerbaijanis from the Armenian-occupied Nagorno-Karabakh and surrounding regions. She said she had witnessed the expulsion of 750,000 Azerbaijani IDPs from their lands and homes and that she attended the opening of the settlement or IDPs which consisted of the building constructed by ENI company. Margarita Costa also noted that the Armenian church in the center of Baku was not damaged, but the historical monuments of Azerbaijan were destroyed in the occupied territories.

The Italian diplomat, who recommended reading the book "Ali and Nino" to understand the Caucasus, concluded: "I take this opportunity to invite my colleague Ambassador Skapini to visit Azerbaijan and I will gladly accompany him on his visit to this beautiful country."

The articles are available at the following links: