House of Azerbaijan and Shusha conference hall opened in Ankara 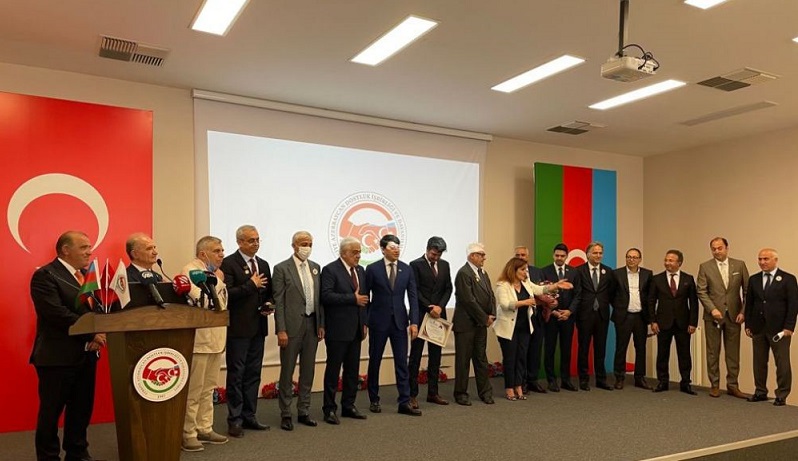 Within the framework of the visit to Turkey of the delegation led by Chairman of the Azerbaijani State Committee on Affairs with Diaspora Fuad Muradov, the opening of the House of Azerbaijan and the Shusha conference hall took place in Ankara, according to the committee.

Before the event, Fuad Muradov, Chairman of the Office for Compatriots Abroad and Related Communities Abdullah Eren and Head of the Turkey-Azerbaijan Interparliamentary Friendship Group of the Grand National Assembly of Turkey Shamil Ayrim laid flowers at the bust of national leader Heydar Aliyev at the Azerbaijani Embassy in Ankara and honored his memory.

The official opening ceremony was continued by the performances of the event participants.