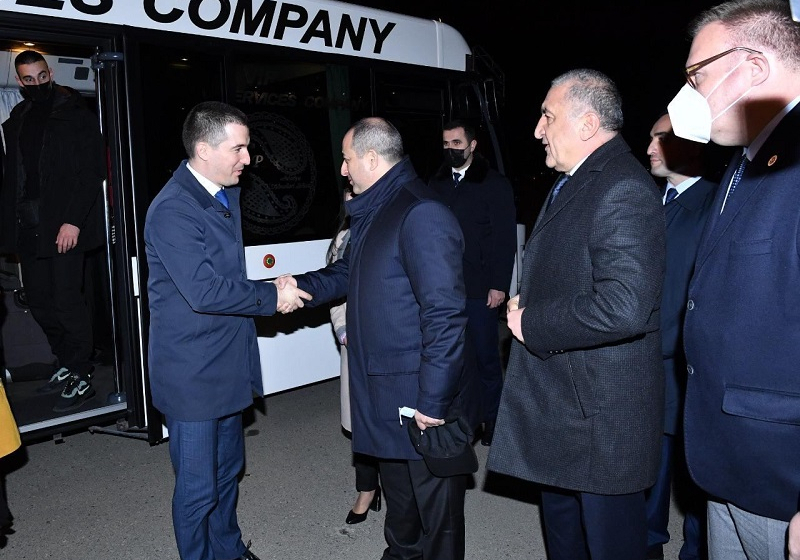 Speaker of the Montenegrin Parliament Aleksa Becic arrived in Azerbaijan for an official visit, News.Az reports.

At the Heydar Aliyev International Airport, the speaker was met by Vice Speaker of the Azerbaijani Parliament Adil Aliyev, Head of the Friendship Group for Inter-Parliamentary Relations with Montenegro Igbal Mammadov, Ambassador of Montenegro to Baku Perisha Kastratovic and other officials.

Within the framework of the visit, the speaker of the Montenegrin Parliament will hold meetings with Azerbaijani officials. At a meeting with the Speaker of the Azerbaijani Parliament Sahiba Gafarova, an exchange of views will be held on the present and future prospects for the development of inter-parliamentary relations.